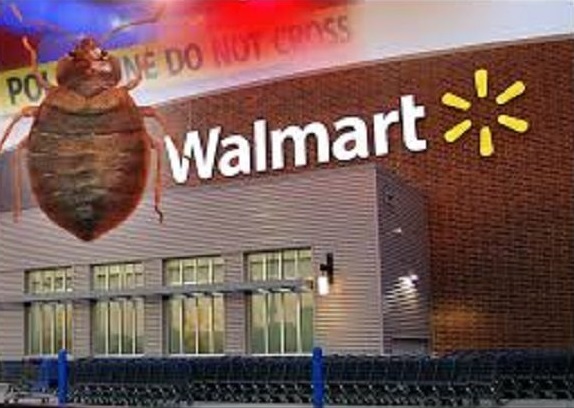 Bedbugs are believed to have been released inside a Pennsylvania Walmart, prompting a police investigation, authorities said.

The discovery was first made on Jan. 2, when an employee of the Walmart in Erie County found a closed pill bottle containing live bugs inside a boy's jacket that was on sale, Pennsylvania State Police said.

Walmart employees threw out the jacket and pill bottle and contacted Ecolab the next day, police said.

Then on Saturday, a Walmart employee found a second closed pill bottle -- with several dead bugs inside -- lying on the floor of the men's department, police said.

The Walmart staff called the police who responded to the store and collected the bottle for fingerprint processing, authorities said.

"Walmart reached out to other stores in the area and verified this has been an isolated incident," police said.

"Bedbugs are experts at hiding," according to the CDC, because they can slide into luggage, clothes, bedding, mattresses and bed frames.

They aren't known to spread disease but can cause itching and loss of sleep, according to the CDC.

Walmart spokesperson Tara Aston said in a statement to ABC News: "Our third-party pest management service has visited the store, and after conducting a thorough review found no evidence of an infestation. We believe this to be an isolated incident and are taking all the necessary steps to help ensure a safe environment for customers and associates. "

"We will continue working with law enforcement as they conduct their investigation," she added.