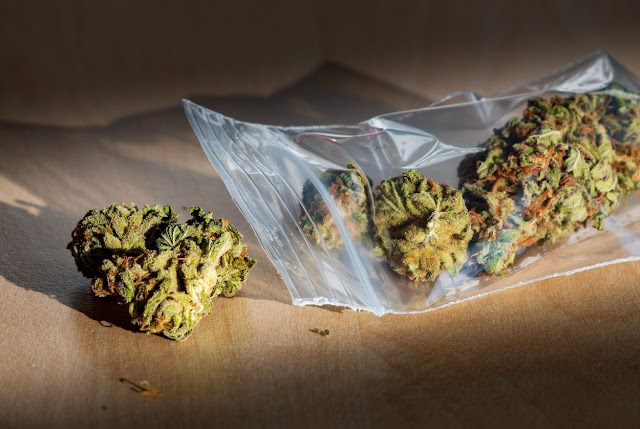 By Jolie McCullough and Naomi Andu

The Austin City Council approved a resolution Thursday that will largely end arrests and fines for low-level marijuana possession. This comes after Texas' legalization of hemp last June threw marijuana prosecution into chaos since the plants look and smell identical.

The resolution directs Austin police not to spend city resources on newly necessary lab tests to distinguish marijuana from now-legal hemp. It passed unanimously with nine votes. Council member Jimmy Flannigan and Mayor Steve Adler were absent. Debate on the measure lasted just under an hour and a half. About 20 people spoke on the resolution, and only Austin Police Association President Ken Casaday voiced opposition.

Austin residents who spoke in favor of the resolution cited the lack of racial equity in marijuana enforcement, the lasting impact that criminal records have on young and marginalized people, and the failure of the Texas Legislature to decriminalize at the state level. A retired officer and an attorney who previously worked in the Texas attorney general's office said law enforcement officers largely support this measure, though they are discouraged from voicing it.

The council was careful to emphasize that this was not a change in state law, but rather the city of Austin reprioritizing how and where it spends its resources.

The council's resolution stems directly from Texas' new law legalizing hemp. Last summer, after the passage of a federal hemp bill, state lawmakers approved a measure to create an agricultural industry for the crop in Texas. But the law also complicated marijuana prosecutions by narrowing the legal definition of the drug from cannabis to cannabis that contains more than 0.3% THC, the psychoactive ingredient in the plant.

All of a sudden, some district attorneys started dropping hundreds of low-level pot possession cases and not accepting new ones, arguing they couldn't tell without lab testing if a substance was marijuana. New misdemeanor marijuana cases filed by Texas prosecutors have since dropped by more than half. And numerous Texas prosecutors, including those in Austin’s Travis County, require police to submit lab reports on a substance's THC concentration before they will pursue misdemeanor marijuana charges. They argue circumstantial evidence like smell can no longer be used to authoritatively say something is marijuana.

Part of what prompted the Austin resolution — which prohibits spending city funds on such testing except in felony cases — is that public state labs are still working on establishing a way to test for that THC concentration. Right now they can only tell if something is cannabis. For some counties and cities, that has meant putting more money into shipping seized cannabis to private labs that can tell if it's hemp or marijuana.

Even in places where police don't have or aren't spending funds on such testing and prosecutors aren't accepting new cases, people are still being cited or arrested. They are sometimes taken to jail but then released with no charges being pursued. Austin police said this month that they still arrest or cite people who are suspected of possessing marijuana.

This resolution changes that, directing the city to get as close as possible to eliminating enforcement action for low-level cannabis possession.

The measure prohibits spending city funds on testing in low-level possession cases, and it directs police not to arrest or cite people in such cases — unless there is a safety concern — if they know the district attorney will automatically reject the charges or testing won't be approved. It clarifies that lab testing can be used for suspected felonies or when the cannabis is not for personal use, like trafficking cases. A revised version also specifies that the measure will not affect toxicology testing.

“We will look at our policies in regard to the resolution that just passed to determine what, if any, changes we need to make,” Austin Police Chief Brian Manley said after the vote.

He said officers have instructions to use a “cite-and-release” process if the person and violation qualify for it. Still, he said he’s concerned about the safety implications the resolution will have.

“The fact is we know that there is violence involved in the illegal drug trade,” Manley said. “And since marijuana is not legal in the state of Texas, there is no legal or safe place, necessarily, for someone to go buy it.”