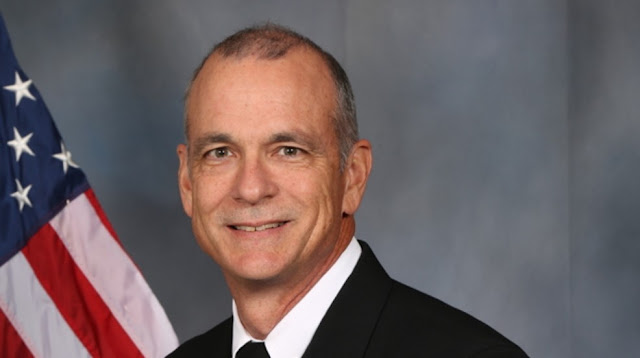 After 27 years of service, Amarillo Fire Department Chief Jeff Greenlee will be retiring, effective April 8. In his eight years serving as fire chief, AFD has experienced unprecedented growth and changes, resulting in improvements to services provided to the City of Amarillo. Under Greenlee’s leadership, AFD was recognized as one of the premier fire departments in the country.

Greenlee was appointed fire chief in 2012 after a nationwide search was conducted by a firm specializing in government recruitment. Greenlee was chosen by former City Manager Jarrett Atkinson after the field of candidates was narrowed to three internal candidates and one from outside Amarillo.

In his tenure as fire chief, Greenlee has successfully steered the fire department in a direction of growth and improvement. As fire chief, he has overseen the following notable accomplishments:

The construction of three new fire stations (through Proposition 2)

The addition of 22 personnel

The introduction of Paramedic Engines and ALS staffing across the city

The addition of a regional Incident Management Team (IMT)

The purchase and improvements to fire department apparatus

Upgrades to equipment and gear

Technological advancements in training and staffing

Chief Greenlee’s leadership and direction can be attributed to many other advancements in the fire department. However, the greatest measure of any fire chief is evident in the light in which his fire department is viewed by citizens it serves. AFD continues to evolve into a respected fire department that provides the highest level of compassionate professional services to the citizens of Amarillo.

Additionally, through the addition of TIFMAS and IMT, under Chief Greenlee’s leadership, AFD has extended its high level of service to major incidents across the state and nation.

Chief Greenlee has not only impacted the reach of the fire department, but has also supported internal growth and advancement, supporting the development of the Amarillo Fire Department Pipes & Drums. Under his guidance, AFD has also raised money and awareness for many worthy causes in the community, such as Coffee Memorial Blood Center, The 100 Club and AFD’s Fire Chief for a Day that serves local families affected by childhood cancer.

The position of fire chief for the Amarillo Fire Department will be appointed by the city manager in the coming months.
Local News