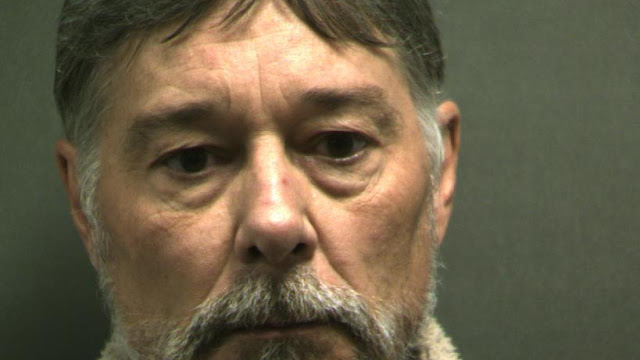 On Wednesday, January 15, 2020, the Amarillo Police Department Special Victims Unit Detectives received information of a subject in the Amarillo area being in possession of child pornography.

Detectives were able to identify the suspect as 59 year old Kevin Fehr. Fehr was employed by the Amarillo Independent School District at the North Heights Alternative School.

Fehr was arrested for Possession of Child Pornography and booked into the Randall county jail.

The Amarillo ISD issued a statement saying it does not believe Fehr's behavior involved students from the district or the North Heights Alternative School.

“The District is disappointed to learn of the allegations and took immediate action. That individual no longer works for the District.

"AISD will continue to cooperate fully with law enforcement as they investigate this matter," the AISD said.

This case remains under investigation.

Katherine Wells, director of the Lubbock Health Department, said there were a total of 31 COVID-19 cases in Lubbock County as of 4 p.m. Friday.

"The health department received eight positive test results with Lubbock County residents today, so that was a big increase," she said. "It was the largest number of positive results we received in a one-day time period."

Out of the eight cases confirmed Friday, the investigation is still ongoing for one case, one individual got the virus while traveling domestically and the other six cases were exposed to other known cases, according to the City of Lubbock.

The individual with the ongoing investigation is 20 to 22-years old, the domestic travel case is 10 to 19-years-old and the other six cases consist of two individuals that are 30 to 39, two that ar…
Post a Comment
Read more

March 25, 2020
Hockley County Judge Sharla Baldridge has confirmed that a report from the Texas Department of Health Services states that a March 7 high school regional basketball tournament at South Plains College may be a contributing factor to the spread of COVID-19 in the region.

"According to the Texas Department of State Health Services they have been able to identify a possible common event with some of the confirmed cases in our region who attended an event in Levelland on March 7th, said event being a regional boys basketball tournament held at South Plains College. At this time this event does not seem to be a common attribute in any of Hockley County’s confirmed cases.

"The Health Department will continue their investigations in our Hockley County cases and I will share any pertinent information that I can share with the public, as I receive it.

"With much appreciated assistance from Congressman Jodey Arrington via a conference call on March 24th , I am now able to obtain …
Post a Comment
Read more

Some skeptics of “social distancing” have suggested that if most Americans had generally carried on with life as usual, the coronavirus would not present any greater threat than the seasonal flu or car crashes, each of which kill about 40,000 Americans a year. The fact that 10,000 people have died from the coronavirus in three weeks in Italy — a country with one-fifth the population of the United States — should dispel such wishful thinking.

And keep in mind that this is the death toll in Italy weeks after lockdowns were imposed — first within the region of Lombardy on February 21 (affecting only about 50,000 people) and then on March 9 for the entire country.

The spike in the daily death toll in Italy — a record 919 coronavirus deaths were recorded on March 27 alone — does not mean that the national lockdown is not working.