A great example of why media endorsements no longer matter 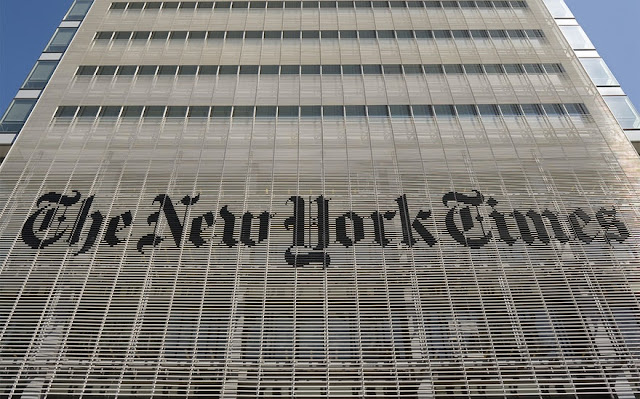 Imagine how self-important you’d have to be as an institution to decide that the public so craves your political advice and opinion that you need to air an hour-long program dedicated to sharing your painstaking deliberations over who ought to be the Democratic presidential nominee.

Next, imagine you’re so self-important that not only do you air such a program, demonstrating your inflated notion of how badly everyone craves your political opinion, but you also decide to conclude your deliberation by offering only a prevarication: “In a break with convention, the [New York Times] editorial board has chosen to endorse two separate Democratic candidates for president: Amy Klobuchar and Elizabeth Warren.”

The Times correctly deduced that the only thing more progressive than endorsing one woman for president is endorsing two.

All in all, this reads like an editorial board that largely wanted to endorse Klobuchar, but who recognized that not endorsing Warren would be seen as driving a stake into the heart of her candidacy. The board may also have concluded that endorsing only Klobuchar would be a “waste,” as the prospects for the Minnesota senator don’t look good. (She’s still not hitting double digits in Iowa, where she’s focused almost all of her recent attention.) Without saying so explicitly, the Times offered two separate criteria: their favorite candidate, and their favorite candidate with a realistic shot at winning the nomination.

Even before this rather absurd spectacle that the Times treated us all to yesterday evening, I don’t think very many Americans were breathlessly awaiting the paper’s conclusion. I have a hard time believing that any sizable percentage of the primary or general electorate casts his or her vote based on the determination of any newspaper editorial board, even one with the readership of the New York Times. (Never mind the fact that the paper hasn’t endorsed a Republican for president in more than six decades.)

But after this double endorsement, the Times board has underscored precisely how silly it is for a gaggle of media elites to tell Americans how they ought to vote — especially when they themselves can’t even make up their minds.

As the 2020 election races get underway, many of our readers have asked us if we will be endorsing any of the candidates.

First, we do not endorse candidates. Our official policy is to provide the voters the best information we can about each candidate. It should be the voters' responsibility to elect the candidates, not the media.