A few thoughts on the coronavirus outbreak 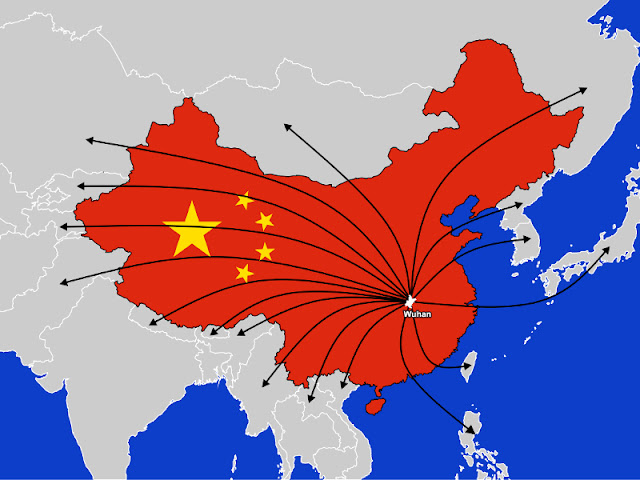 One person we haven’t heard much from about the recent WuFlu outbreak is the President. He had been oddly silent on the subject for the past couple of weeks for the most part, but that changed on Wednesday. During yesterday’s signing of a new trade deal, Trump weighed in, saying that he’s been in touch with Chinese President Xi Jinping and that our two nations are working together on the problem. He followed that up later with a very optimistic tweet. This is all being described as a political maneuver to make sure he doesn’t tick off the Chinese too much during trade negotiations.

“We’re very much involved with them, right now, on the virus that’s going around,” Trump said of China before signing a trade deal at the White House on Wednesday. He said he had discussed the situation with Chinese President Xi Jinping and added, “We’re working very closely with China.”

Aides and confidants say Trump’s careful approach is part of a political strategy crafted to avoid upsetting the stock market or angering China by calling too much attention to the virus or blaming Beijing for not managing the situation better, according to a White House official and a Republican close to the White House…

Later Wednesday, Trump tweeted out photos from a briefing on the virus he attended with administration officials in the Situation Room, writing that “we have the best experts anywhere in the world and they are on top of it 24/7!”

Let’s hope he’s on top of this. I wouldn’t say that China is acting like a country that’s got this under control… at least not yet. But I do believe that our relationship is still strong enough that they’re willing to cooperate.

Meanwhile, there appears to be a quarantine that’s not really a quarantine in California. Or at least officials aren’t calling it a quarantine yet, but it sure sounds like one.

A planeload of nearly 200 American diplomats and their family members flew back home from China by way of Alaska. They arrived in Los Angeles and heightened “precautions” were being taken to ensure they weren’t infected with the new coronavirus. As it turns out, those precautions included transferring them all to a military base where they are being kept under observation.

The Americans evacuated from the Chinese city at the center of the new virus outbreak are undergoing three days of testing and monitoring at a California military base to ensure they do not show signs of the illness, officials said Wednesday. But I suppose it’s understandable if the government is trying to avoid causing a panic by talking about quarantines and such.

The people flown out of China on a plane chartered by the U.S. government have not been quarantined, Dr. Chris Braden of the Centers for Disease Control and Prevention told reporters after the plane landed at March Air Reserve Base.

Authorities said those evacuated, including U.S. consular employees based in the Chinese city of Wuhan and families with children, are technically not required to stay on the base. But all 195 passengers have agreed to stay for up to three days while they are evaluated for the illness that’s infected thousands and killed more than 100, the CDC’s Dr. Nancy Messonnier said.

The description of the situation provided to the media makes it sound as if the government is bending over backward to make sure people don’t think this is a quarantine. The travelers are allegedly “not required” to stay on the military base and remain under observation, but all 195 of them are doing so. But when pressed for details, officials said that if any of them wanted to leave, “U.S. officials would discuss their request.”

If you’re supposedly free to leave, you wouldn’t have to “request” permission to do so and wait for officials to discuss it. That implies that your request might be denied, in which case you are effectively under a quarantine.

Not that I’m complaining, mind you. As I wrote yesterday, these folks absolutely should be under quarantine until the incubation period for the WuFlu has passed. But now we’re hearing that the period in question might be longer than originally described. Dr. Chris Braden of the CDC is quoted in the linked article, saying it can take “up to 14 days for someone who is infected to develop symptoms.”

This is an alarming development. We were originally told that the incubation period could somewhere between five and seven days. Now it’s been doubled to two weeks. The people at the military base are going to be held there for three days under the current plan and then monitored “at their destinations” for the rest of the 14 days. This is certainly better than doing nothing, but these people were flown here straight from Wuhan. It still sounds like we’re playing a little bit fast and loose with our containment strategy. Keep your fingers crossed for now.