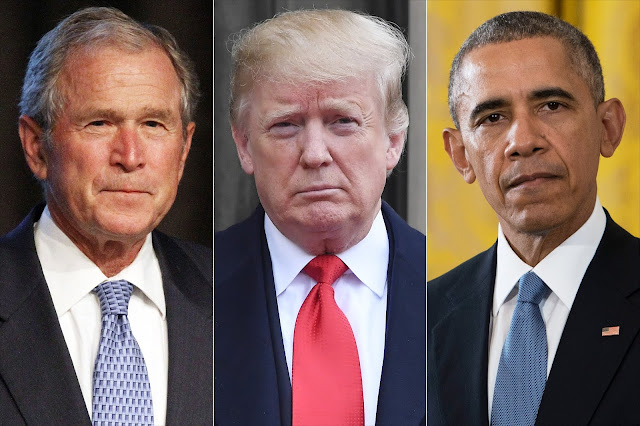 Senior U.S. officials knowingly concealed evidence showing a lack of progress throughout the 18-year war in Afghanistan, according to a cache of documents obtained by the Washington Post.

The interviews, obtained through a Freedom of Information Act request, span the Bush, Obama and Trump administrations and reveal U.S. officials frequently acknowledged the nation was wasting vast amounts of money attempting to transform and Westernize the nation.

“After the killing of Osama bin Laden, I said that Osama was probably laughing in his watery grave considering how much we have spent on Afghanistan,” retired Navy SEAL Jeffrey Eggers, a White House staffer in the Bush and Obama administrations, said in a private interview.

Interviewees also describe a deliberate disinformation campaign meant to spin discouraging statistics as evidence the U.S. was prevailing in the war.

“Every data point was altered to present the best picture possible,” Bob Crowley, an Army colonel and senior counterinsurgency adviser to U.S. military commanders in 2013 and 2014, said in an interview.

“Surveys, for instance, were totally unreliable but reinforced that everything we were doing was right and we became a self-licking ice cream cone,” he added.

In 2015, Ret. Lt. Gen. Douglas Lute, who served as a top advisor on the war during the Bush and Obama administrations, told government interviewers “We were devoid of a fundamental understanding of Afghanistan — we didn’t know what we were doing,” according to the Post.

Lute went on to lament the deaths of U.S. military personnel that he blamed on bureaucratic entanglements between the State Department, the Pentagon and Congress.

John Sopko, head of the Office of the Special Inspector General for Afghanistan Reconstruction (SIGAR), which conducted the interviews, told the newspaper the documents demonstrate “the American people have constantly been lied to” on Afghanistan.

SIGAR conducted more than 600 interviews for a 2014 initiative called “Lessons Learned,” meant to avoid the mistakes of the Afghanistan war for future U.S. military campaigns. These included Americans, NATO allies and Afghanistan officials.

SIGAR has made several of its reports public, but those lacked the blunt language and grim assessments found in the new interviews. For example, one 2018 report simply said the U.S. strategy was “not properly tailored to the Afghan context, and successes in stabilizing Afghan districts rarely lasted longer than the physical presence of coalition troops and civilians.”

The newspaper obtained more than 2,000 pages of unpublished notes and more than 400 interview transcripts after suing SIGAR for them twice. Numerous names are redacted, and the Post has sued for the names to be revealed. While a decision is still pending, the newspaper wrote that it chose to publish them now amid U.S./Taliban negotiations.

“We didn’t sit on it,” Sopko told the Post. “We’re firm believers in openness and transparency, but we’ve got to follow the law. . . . I think of any inspector general, I’ve probably been the most forthcoming on information.”