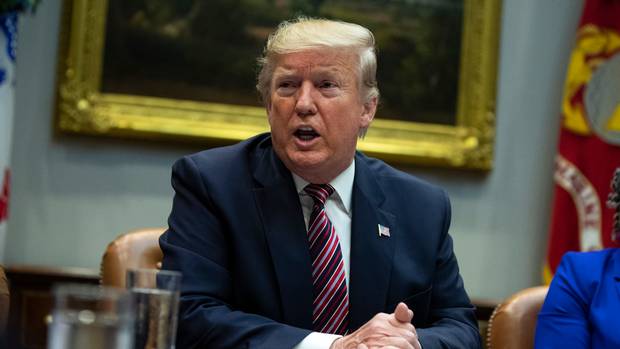 President Trump announced Friday evening that he was delaying a designation of Mexican drug cartels as terror organizations at the request of President Andrés Manuel López Obrador.

“All necessary work has been completed to declare Mexican Cartels terrorist organizations. Statutorily we are ready to do so,” Trump tweeted.

“However, at the request of a man who I like and respect, and has worked so well with us, President Andres Manuel @LopezObrador_ we will temporarily hold off this designation and step up our joint efforts to deal decisively with these vicious and ever-growing organizations!”

Trump first announced last month that he would designate the cartels as terrorists, prompting Mexican officials to seek further talks with the U.S.

“I’ve been working on that for the last 90 days," Trump said at the time. "You know, designation is not that easy, you have to go through a process, and we're well into that process."

“The foreign minister will establish contact with his counterpart, Michael R. Pompeo, in order to discuss this very important issue for the bilateral agenda,” Mexico’s foreign ministry responded.

Trump’s November remarks followed an attack in northern Mexico that killed several U.S. citizens. Mexican organized crime groups are believed to be behind the killings.

Republicans have voiced support for designating cartels as terrorist groups in the past.