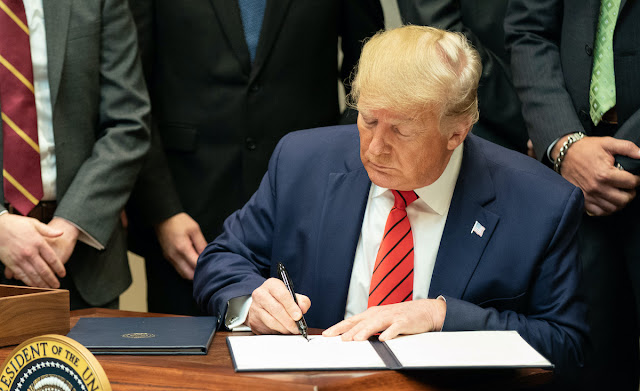 President Trump signed an executive order Friday that put into effect a bill that he signed last week that raises pay rates for federal employees.

The bill, which Trump signed Dec. 20, gives all federal employees a 2.6 percent raise that will go into effect at the start of the first full pay period of 2020, which for most workers will be Jan. 5. It's the largest federal pay raise in a decade.

Workers in the Washington-Baltimore area will receive the highest overall raise at 3.52 percent, with government employees in the San Francisco and Seattle metro areas coming in next with 3.4 percent, The Washington Post reports.

San Diego, Los Angeles and New York federal workers are all receiving a raise between 3.3 to 3.4 percent.

At the beginning of the year, Trump opposed any increase for federal workers, but proposed a 2.6 percent increase across the board late in the summer.