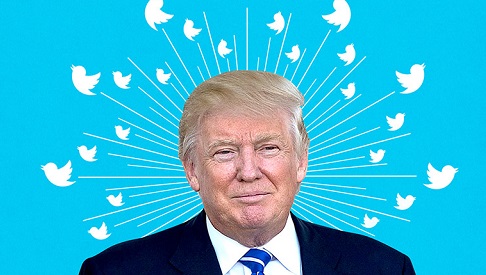 President Trump on Monday went after the Democratic Party and what he called the “Fake News Media” on shortly Twitter after the House Judiciary Committee released a report laying out the impeachment charges brought against him.

“READ THE TRANSCRIPTS! The Impeachment Hoax is the greatest con job in the history of American politics! The Fake News Media, and their partner, the Democrat Party, are working overtime to make life for the United Republican Party, and all it stands for, as difficult as possible!” Trump tweeted.

The tweet immediately prompted the phrase “United Republican Party” to surge to Twitter’s top list of trending items. In less than an hour, more than 8,300 tweets went up using the phrase.

The Democratic-led House Judiciary Committee voted to approve two articles of impeachment, which charge Trump with obstruction of Congress and abuse of power over his dealings in Ukraine, along party lines last week. Shortly before his tweet on Monday, the committee released a 658-page report explaining the charges.

“Taken together, the articles charge that President Trump has placed his personal, political interests above our national security, our free and fair elections, and our system of checks and balances,” the committee wrote. “He has engaged in a pattern of misconduct that will continue if left unchecked.”

The report follows weeks of investigation by lawmakers into whether Trump withheld military aid to Ukraine in exchange for the announcement of politically favorable investigations. Trump has strongly denied the accusations.

Since House Democrats launched an impeachment inquiry into his dealings in Ukraine back in September, Trump and the White House have lashed out at Democrats over the impeachment process, dubbing it a “with hunt.”

He has also taken aim at a number of outlets and newspersons over their coverage of the process. Last month, he blasted Fox News’s Chris Wallace as “obnoxious” and “nasty” after he grilled House Minority Whip Steve Scalise (R-La.) over the impeachment inquiry on his show.

The House is expected to vote on the impeachment articles this week. If the Democratic-led chamber votes to pass the articles, Trump will become just the third American president to be impeached.