This U.S. Senate race in Texas isn’t like the last one 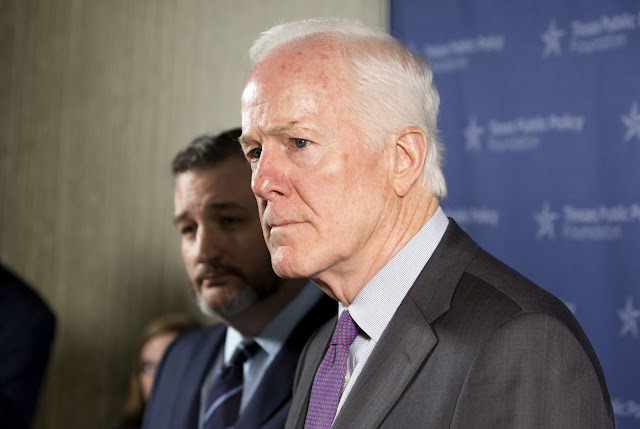 Beto O’Rourke started his campaign for U.S. Senate with the same sad visibility the current troop of Democratic hopefuls is battling today.

Most people didn’t know who the heck he was, even though he was a third-term member of the United States Congress.

In an October 2017 University of Texas/Texas Tribune Poll, 69% of Texas registered voters had no impression at all of the El Paso Democrat who was challenging U.S. Sen. Ted Cruz.

That was just two years ago. Check out the assessment made at the time by Daron Shaw, co-director of the UT/TT Poll and a professor at UT-Austin: “This is the problem Democrats face in Texas — you have to grab the attention of voters and drive the issue agenda, but doing so requires a demonstration of strength that is almost impossible. Absent some substantial change in the issue environment, O'Rourke is on the same path as Paul Sadler and Rick Noriega,” two former legislators who fell well short of defeating Republicans in earlier U.S. Senate races.

O’Rourke obviously overcame that problem, but Shaw’s caveat still applies. Texas Democrats, without statewide officeholders or an abundance of other electoral rock stars, enter the 2020 races without a top-of-ticket standard bearer — the role filled when O’Rourke found some traction in 2018.

In 2020, the presidential race will drive turnout, and Donald Trump engages voters in both parties, for opposite reasons.

In his race, Cruz had that same effect on Texas voters — enough to make any Democrat a viable option, at least in early polling in that contest. After the 2018 primary elections, a June 2018 UT/TT Poll found that O’Rourke’s numbers had climbed from terrible to merely mediocre: 55% of Texas voters still had no impression of him. But at the same time, Cruz was only 5 percentage points ahead of him in that survey, with 41% to O’Rourke’s 36% support.

The margin was about the same in the October 2018 UT/TT Poll, with 6 percentage points separating the incumbent from the challenger. Fewer people were undecided — Cruz had 51% to O’Rourke’s 45% — and only 7% of voters, by that point, didn’t have an opinion about the Democrat. O’Rourke’s celebrity, or the lack of it, wasn’t what made that race close.

The current race starts the same way, in one respect: The Democrats haven’t made an impression on voters. According to an October 2019 UT/TT Poll, 76% of registered voters who identify as Democrats don’t recognize the name of former U.S. Rep. Chris Bell of Houston.

Bell was the best-known of the Democratic candidates, according to that survey. He’s down there in pre-2018 Beto-land. That’s one reason some Democrats have been urging O’Rourke to reconsider his decision not to run for Senate after the collapse of his presidential run. Those efforts have picked up as Monday’s deadline for candidates to file looms.

There are two important differences from the last cycle. U.S. Sen. John Cornyn, the incumbent, didn’t run for president like Cruz did, exciting both Republicans and Democrats. He’s not as ardently loved or hated by Texas voters, either: 31% say they have either a neutral or no opinion of the man they first elected to the Senate in 2002.

And maybe more importantly, the Senate contest isn’t the top race this year. The Cruz-O’Rourke faceoff was the hottest contest in the state in 2018, and one of the most closely watched in the country. It overshadowed races for governor and other statewide offices. Many of those were closer than they have been in years, though Republicans still won all of them. It made it difficult for down-ballot statewide candidates to get attention and raise money. And it marked the last year of straight-ticket voting in Texas, which made Cruz’s narrow win quite dangerous to other Republicans in close races below him on the ballot.

Now Texas voters no longer have the option of choosing all of their parties’ candidates with a single vote, potentially damping the political waves that come out of the presidential race.

Here at the start, it looks familiar: A statewide Texas race with a Republican incumbent, defending what has for decades been a safe seat from a herd of relatively unknown Democrats.

Cornyn doesn’t appear to be the big target Cruz was. So far, nobody in the Democratic pack has shown signs of breaking out — but that was true at this point two years ago, and look what happened.