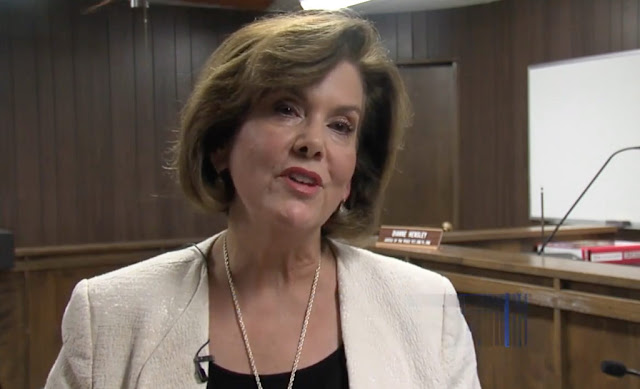 A Texas judge is suing the State Commission on Judicial Conduct after she was disciplined for refusing to officiate same-sex wedding ceremonies.

Judge Dianne Hensley, a justice of the peace in Waco, Texas, received a public warning last month for her refusal and has now filed a lawsuit against the state agency that issued the warning, according to the Texas Tribune.

The news outlet reports First Liberty Institute, a high-profile religious liberty law firm, will represent Hensley in the lawsuit against the State Commission on Judicial Conduct.

Hensley is arguing the state violated the Texas Religious Freedom Restoration Act by disciplining her over the incident. She says officiating a same-sex wedding would have been against her Christian faith.

While the warning Hensley received was not accompanied by a fine, she says the investigation and warning “substantially burdened the free exercise of her religion, with no compelling justification” and is seeking damages of $10,000.

The warning stems from Hensley referring same-sex couples to a wedding chapel three blocks from the courthouse as well as to another judge about 20 miles away, instead of officiating the marriages herself.

“For providing a solution to meet a need in my community while remaining faithful to my religious beliefs, I received a ‘Public Warning.’ No one should be punished for that,” Hensley said in a statement.

In the 84-page complaint filed in McLennan County District Court, Hensley is seeking a court ruling that any justice of the peace may refuse to officiate a same-sex wedding “if the commands of their religious faith forbid them to participate in same-sex marriage ceremonies,” according to the Texas Tribune.

The interim executive director of the State Commission on Judicial Conduct told the news outlet that the agency had not yet been served with the lawsuit and had no comment.