Tesla secures over $1.2 billion in loans from Chinese lenders 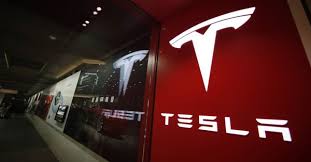 Tesla secured roughly $1.29 billion in loans from Chinese lenders on Thursday to invest in the car manufacturer's new Shanghai plant.

The factory in Shanghai is Tesla's first outside of the U.S. and signals the company's intentions to expand the brand globally.

The Shanghai Gigafactory opened at the beginning of 2019 and is set to deliver its first locally assembled vehicle on Monday, Bloomberg News reported Friday.

The first 15 Model 3 sedans produced at the factory will be delivered to company employees that day, the manufacturer told the outlet.

That Tesla model was also given a big boost Friday when it was given a major tax break.

It was included on a list of vehicles qualifying for an exemption from a 10 percent purchase tax in the country, Bloomberg reported.