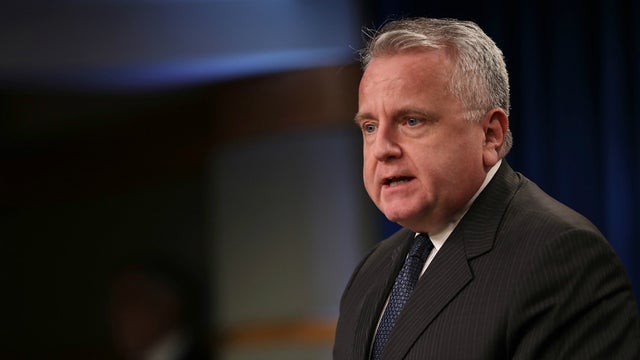 The Senate on Thursday confirmed President Trump’s pick to be the next ambassador to Russia.

Senators voted 70-22 to confirm John Sullivan, who currently serves as the deputy secretary of State.

Sullivan will replace former Ambassador Jon Huntsman, who left the post to run for governor in Utah.

Despite Trump's warmer tone toward Russian President Vladimir Putin, the United States and Russia have had a rocky relationship during the Trump era.

The Senate's vote comes after Trump and Russian Foreign Minister Sergey Lavrov contradicted each other this week about whether they discussed election meddling during their White House meeting. Trump, in a tweet, indicated that they did, while Lavrov told reporters it wasn't brought up.

The United States and Moscow have repeatedly butted heads over Russia's meddling in the 2016 election. Congress passed a wide-ranging sanctions bill, over reluctance from the White House, in 2017.

Sullivan's confirmation also comes as the House is set to hold a vote on the articles of impeachment against Trump as soon as next week.

Sullivan told the Foreign Relations Committee, during his confirmation hearing, that he was aware of a "campaign" against former U.S. Ambassador to Ukraine Marie Yovanovitch by Trump’s personal attorney Rudy Giuliani over the summer.

“My knowledge in the spring and summer of this year about any involvement of Mr. Giuliani was in connection with a campaign against our ambassador to Ukraine,” Sullivan said during his hearing.

Yovanovitch told House lawmakers in closed-door testimony that Sullivan informed her she was recalled from her position in Ukraine because Trump had lost confidence in her.