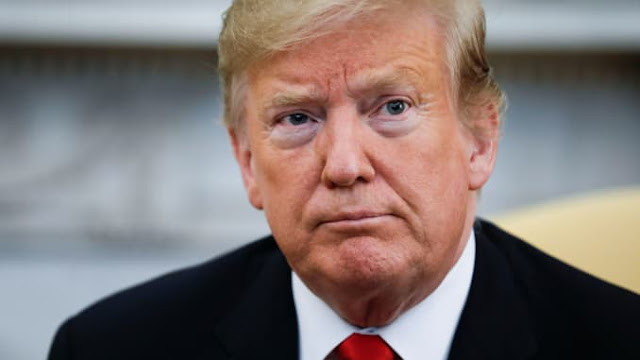 Face it folks, President Trump brought the Ukraine problem on himself. To me, this is self-evident.

That is why, though I oppose impeachment and removal, I have never agreed that the call was “perfect.” Indeed, I have wondered aloud how on earth the president — just a day after Bob Mueller’s disastrous congressional testimony ended any threat the Mueller probe posed to him — could put himself in a position to be credibly accused of seeking foreign interference in the election (such interference having been the rationale for Mueller’s appointment).

Readers may also recall that I have dismissed as ill-considered the GOP claim that there was no quid pro quo. I’m puzzled at how Republicans can simultaneously argue that there is insufficient circumstantial evidence that the president wanted investigations in exchange for accommodations (the defense aid and the White House visit), yet that there is overwhelming circumstantial evidence that political bias drove the FBI’s FISA abuses in the surveillance of Carter Page. I think there’s enough evidence to support both conclusions, even if the main players are in denial.

The president’s best Ukraine defense has always been that nothing of real consequence happened — Kyiv got its aid, President Zelensky got a high-profile audience with the U.S. president, and no investigations were required or commenced. Under those circumstances, impeachment is like turning a minor infraction into a capital case.

This is especially so given the immense evidence that the Obama administration colluded with foreign powers to investigate the 2016 Trump campaign, putting its foreign counterintelligence authorities in the service of partisan politics. The country would be torn apart by the outrage that millions of Americans would feel if the president they support were removed. It would confirm that we have a two-tiered system for judging political and legal wrongs, causing resentments that would not abate. There is no justification to do that when, in only ten months or so, we will have an election at which voters can remove the president if they are that incensed over Ukraine (or, better, if they find Ukraine to be emblematic of what irks them about Trump).

Trump’s Republican supporters act as if he is blameless — a victim, in fact. He’s right. I think, though, that it’s perfectly reasonable to concede that the president did something inappropriate but find that the response of impeaching him is a partisan overreach.

To my mind, Ukraine does not hold a candle to the Obama administration’s Fast and Furious scandal (which involved the deception and stonewalling of Congress), the IRS scandal, the Benghazi scandal, or usurpation of Congress’s authority to make law. But there is not a chance that President Obama was going to be impeached over any of that, or all of it collectively. So, although President Trump brought his Ukraine problem on himself, the reaction to it is over the top — even acknowledging the force of Jonah’s contention that this is not license for Trump supporters to airbrush Ukraine and portray the president as a martyr.

I still think that, however one feels about the president, he is going to be out of office sometime between one and five years from now. But partisan impeachment is now a precedent likely to do lasting damage. That’s more important.