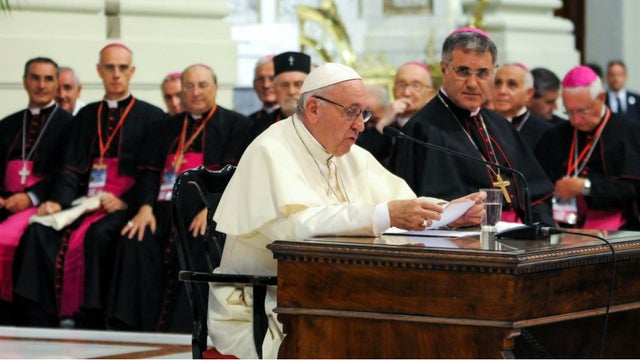 Pope Francis on Tuesday decreed that “pontifical secret,” which has been criticized for its confidentiality clergy sexual abuse cases, can no longer be applied.

The pope emphasized the importance of protecting the information in these cases to maintain “security, integrity and confidentiality” but said, “pontifical secret” cannot be used to protect alleged abusers from accusations, trials and decisions in the Catholic Church, according to The Associated Press.

The rules, which were released on the Pope’s 83rd birthday, also increased the maximum age for child pornography to apply to include victims between 14 years old and 18 years old, according to the AP.

The pope’s new guidelines still do not allow in-house legal proceedings to be made public, but they eliminate barriers preventing law enforcement from working with the church and victims on cases.

Previously, law enforcement struggled to obtain documents from the church or talk to victims out of fear that they were not allowed to speak to police, the news wire reported.

The Vatican’s head sex crimes investigator Archbishop Charles Scicluna called the rules an “epochal decision,” according to the AP. Prominent survivor of Ireland Marie Collins commended the update, posting on Twitter, “At last a real and positive change.”

Pope Benedict XVI had declared that abuse cases would be considered “pontifical secret,” operating on the highest level of confidentiality in the church to protect victims and the reputations of accused clergy.

The worst punishment in the church’s in-house canon law is dismissal from the church.