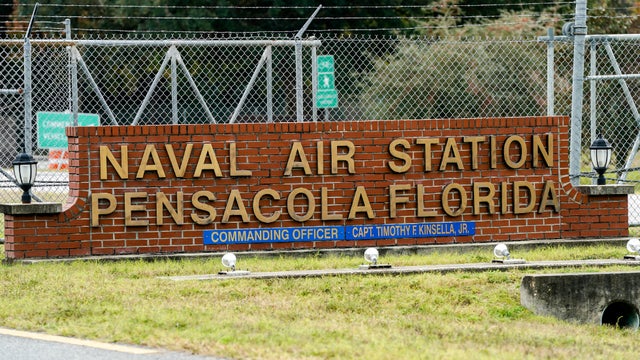 The Pentagon plans to take on a bigger role in vetting foreign students coming to train on U.S. military bases after a Saudi national shot and killed three people at a Navy base in Florida while there for aviation training.

Top Defense Department spokesman Jonathan Hoffman said Thursday that foreign students coming to the U.S. typically go through a home country vetting process, followed by scrutiny from the Department of Homeland Security and State Department, with the Pentagon “doing a touch as well.”

“What we’re looking to do is increase that, so we’re looking to take the information we can get from the Department of State, from the host countries, and then take it and run it through systems we have,” Hoffman told reporters at the Pentagon.

He added that any new students brought into the U.S. training program “would go through the new vetting that we’re looking to implement in the coming days,” and until that process is complete no new students will be allowed into the program.

Four people including the gunman were killed and eight others were injured during a shooting at a naval air base in Pensacola, Fla., last week. The FBI has identified the shooter as Saudi Royal Air Force 2nd Lt. Mohammed Alshamrani.

The Navy announced on Tuesday that it had grounded hundreds of Saudi Arabian military aviation students as part of an “operational pause” across three Naval stations in Florida.

The roughly 850 Saudi military students in the country currently for training have been restricted to just classroom training during the stand down.

Hoffman said the stand down on training is restricted to the Saudi students and does not apply to students from other countries.

Following the shooting, lawmakers have called for a review of the vetting process of foreign military personnel who enter the U.S. for training, with Sen. Rick Scott (R-Fla.) and Rep. Matt Gaetz (R-Fla.) leading that charge.

Sen. Rand Paul (R-Ky.), meanwhile, has called for the U.S. to "re-examine" its relationship with Saudi Arabia.

Hoffman pressed that the training of foreign students through the U.S. military is “considered a vital tool” as it increases partner countries’ capabilities, their ability to interact with U.S. forces in joint measures and to help build cultural understanding.

Since 2000 over 1 million foreign students have gone through training programs in the United States and programs Washington had conducted overseas.