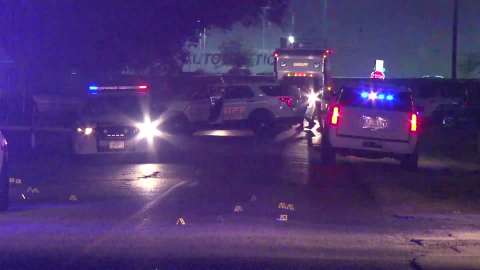 Nine people were shot and two were killed in a Friday night attack in Texas that was described as an ambush, according to sheriff's deputies.

The seven other victims were hospitalized, and one was in critical condition, Harris County Sheriff Ed Gonzalez tweeted Saturday.

Gonzalez previously said during a press conference that the victims, all of whom appeared to be young men, were shot while filming a music video in a parking lot.

"All of a sudden, basically, they were ambushed, we believe, by individuals in cars and/or on foot that fired shots," he said.

Gonzalez said he did not know of a motive and that the incident took place in a residential neighborhood.