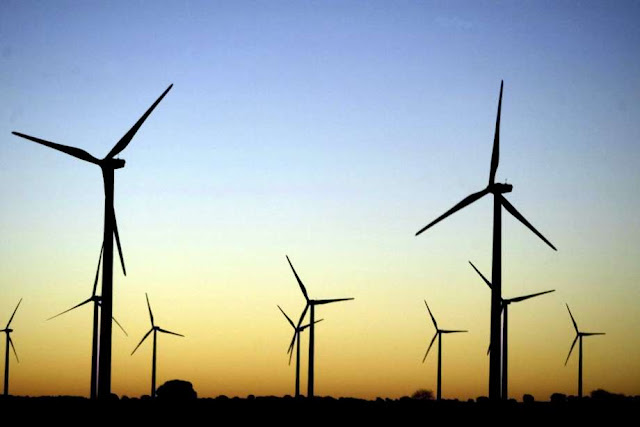 PNE USA, Inc. has won a bid to develop a wind farm on 7,636 acres of state trust land in Union and Colfax Counties. The area has been designated as prime for wind energy generation and will be in close proximity to two existing transmission lines. The state trust land portion of the project is anticipated to generate 31 megawatts (MW) from 11 turbines, enough capacity to power approximately 6,200 New Mexico households. This project is expected to generate $8 million over the course of the lease.

“This year we have given the green light to three wind projects across the state, more than have been awarded in the last four years combined, doubling the future production of renewable energy on state trust land,” Commissioner Garcia Richard said. “The Office of Renewable Energy is powering ahead to process all of the pending renewable energy applications in our office, intent on assuring the State Land Office maximizes our potential for clean energy. When these projects happen on state trust land, New Mexico public schools and other institutions benefit.”

Applications for the 7,636 acres of state trust land were open to potential bidders for 10 weeks, with final applications due to the State Land Office in late November and the lease approved and signed today by the Commissioner. PNE sweetened their bid application with a bonus bid of $110,000.

“PNE Is pleased to partner with the NM State Land Office on the development of the Gladstone New Mexico Wind Farm,” PNE USA CEO Ron-Flax Davidson said. “When operational we expect the Gladstone Wind Farm to include an additional 8,000 acres of private land providing a total of nearly 80 MW of capacity and providing over $5 million in local tax and lease revenue.”

Each acre of state trust land is designated to a specific beneficiary, with the funds raised by activity on that land going back to various New Mexico public institutions including public schools, colleges and hospitals. The acreage included in this lease is designated to public schools, the New Mexico School for the Blind and Visually Impaired, the state public buildings fund, the state penitentiary, and Carrie Tingley Hospital. These institutions will split the expected revenue over the course of the lease.