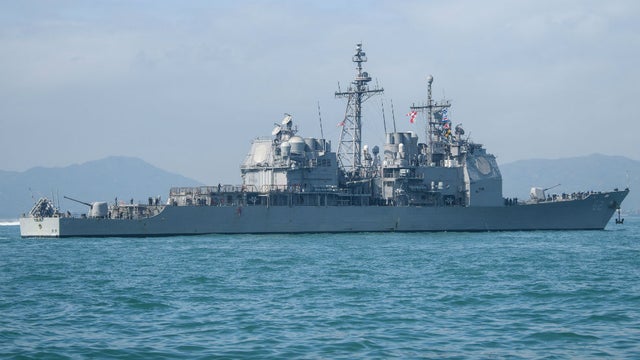 The U.S. Navy is considering accelerating ship retirements and cutbacks to construction, a move that could curtail the Navy’s plans for a larger fleet, according to The Associated Press.

Under the initial proposal, the size of the Navy’s fleet would shrink from 293 to 287 ships, despite the 2018 National Defense Authorization Act setting an official goal of 355 ships, according to the AP. Budget talks are ongoing, but the Navy is seeking to cut costs to free up funds for other priorities, according to a defense official familiar with the memo.

One proposed cut would reduce the number of Arleigh Burke-class destroyers slated for construction from 12 to 7, which would free up about $9.4 billion in the Navy’s shipbuilding budget.

Another would speed up the decommissioning of Ticonderoga-class cruisers, retaining nine over the next five years rather than 13, according to the wire service, citing the official.

“Either option runs counter to the Navy’s stated requirement for a 355-ship fleet, and would not be well received on Capitol Hill given there’s still consensus that the military and strategic threat from Russia and China is only increasing,” naval analyst Jay Korman of Avascent Group told the AP.

The proposed cuts would also curtail the Navy’s anti-aircraft capabilities amid increased missile threats, according to defense analyst Norman Friedman. “If you were serious about facing down the Chinese, you’d probably want more of that than less,” he said.

Maine Sens. Susan Collins (R) and Angus King (I) spoke out on the proposal, which would affect Maine’s Bath Iron Works, one of two shipyards where the Arleigh Burke-class destroyers are produced, calling it “an abrupt reversal of the Navy’s plan to increase the size of the fleet” and noting that Congress has final say on defense funding.