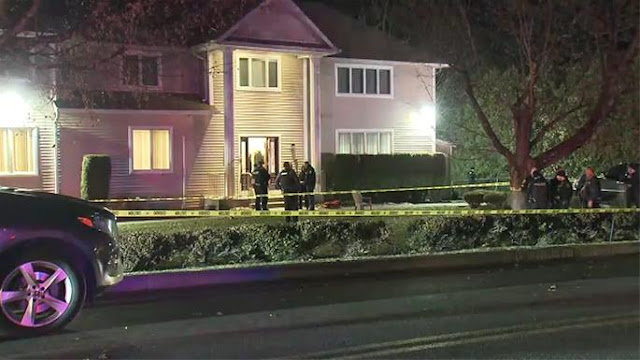 The Orthodox Jewish Public Affairs Council said on Twitter that an attacker entered the home of the Hassidic rabbi, which some outlets have described as a synagogue, just before 10 p.m. Five people were taken to the hospital, two in critical condition, the organization said.

The Ramapo Police Department said on Facebook the suspect fled but has been taken into custody.

New York Gov. Andrew Cuomo said he was "horrified" by the stabbings.

"We have zero tolerance for anti-Semitism in NY and we will hold the attacker accountable to the fullest extent of the law. NY stands with the Jewish community," he tweeted.

He added he was directing the State Police hate crimes task force to investigate.

The attack comes the same day a woman was charged with attempted assault as a hate crime for allegedly slapping three Jewish women in the head in Crown Heights, Brooklyn, during Chanukah.

Police have received eight reports of possible anti-Semitic attacks since Dec. 13 in the city, and Mayor Bill de Blasio (D) announced Friday that the NYPD would step up patrols in multiple heavily Jewish neighborhoods.