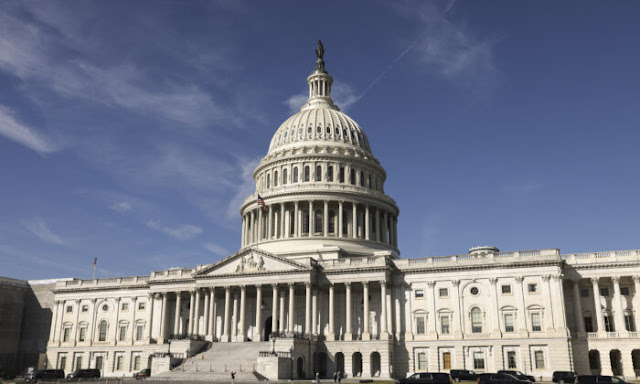 Lawmakers reached a deal in principle Thursday on 12 annual spending bills to fund the government and avoid a shutdown.

Appropriators reached agreement on a number of contentious issues, including how to fund President Trump's proposed border wall.

“We had a very good meeting, and there’s a meeting of the minds, and we’re going to look through some of the details, but I feel confident that we’re going to have a product very shortly,” House Appropriations Committee Chairwoman Nita Lowey (D-N.Y.) said Thursday following days of negotiations.

Details of the legislation remain under wraps, but House Majority Leader Steny Hoyer (D-Md.) said he expects to bring the legislation up for a vote on Tuesday, likely grouped into at least two packages.

Democrats say they have received assurances that Trump will sign the bills once they pass, averting a shutdown after the Dec. 20 funding deadline.

Though Treasury Secretary Steven Mnuchin had been involved in meetings, including one on Tuesday and two on Thursday morning, lawmakers said the White House took a hands-off approach to the final round of negotiations.

“They’ve been involved,” said Senate Appropriations Committee Chairman Richard Shelby (R-Ala.), “but we have to make the decisions."

"I think that we will be fine,” he added.

Lawmakers have worked furiously to advance the spending legislation and fund the government beyond the holidays.

Last year, a last-minute reversal on wall funding from Trump led to a 35-day shutdown starting in late December — the longest shutdown in the nation's history.

While lawmakers said Thursday that the major issues had been buttoned up, the details of the agreement were not expected to be made public until Monday.

Committee staffers are expected to work through the weekend to finalize language and smaller issues ahead of the likely Tuesday vote.

There were some indications that Democrats gave ground on the wall, moving from the zero-funding position they took in their original version of the bill.

Following a Wednesday meeting with the Congressional Hispanic Caucus and House Speaker Nancy Pelosi (D-Calif.), Lowey acknowledged that they may lose some votes on the left.

“Not everyone can vote for the bills, and we just need enough votes to pass, and I’d like to get the majority of Democrats, at least. And I hope we get some Republicans to support the bills, because it’s always good to have bipartisan support,” she said.

In the past two years, Democrats agreed to $1.5 billion and $1.375 billion in funds for upgrading existing physical barriers and erecting some new ones in consensus areas of the Rio Grande Valley.

The deal comes at the end of a whirlwind week in which Democrats marked up articles of impeachment against Trump but also struck a deal with him on the United States-Mexico-Canada Agreement (USMCA), his top trade achievement.

The agreement on $1.37 trillion in spending follows months of wrangling. Over the summer, Democrats and Republicans struck a deal to increase overall defense and domestic spending levels by billions of dollars, averting scheduled cuts that were enshrined into law.

Since then, issues surrounding Trump's border wall, immigration detention, abortion and the president's use of emergency powers to transfer military funds toward the wall have repeatedly impeded progress.

Trump had requested $5 billion for his wall, plus an additional $3.6 billion to backfill reprogrammed military funds, an approach Democrats called a non-starter.

Congress was forced to pass two funding stopgap measures to prevent shutdowns in the new fiscal year, which began Oct. 1. They only agreed on how to allocate the funds among the various bills ahead of Thanksgiving.

But despite slow-going talks over the past week, appropriators stayed determined to hammer out a deal in order to pass all 12 bills before the Christmas holiday.

They feared that failure to do so would result in a months-long stopgap lasting until after a likely impeachment trial in the Senate.