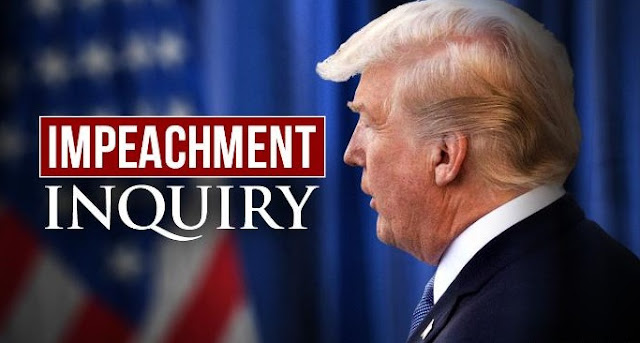 The House Judiciary Committee on Saturday released a report explaining the constitutional grounds for the impeachment of President Trump.

The report comes after Speaker Nancy Pelosi (D-Calif.) announced earlier in the week that the House would be moving forward with drafting formal articles of impeachment. The articles could be released and voted on as soon as this coming week.

The report, titled "Constitutional Grounds for Presidential Impeachment," was written by the committee's majority staff and describes impeachment as “the Constitution’s final answer to a President who mistakes himself for a monarch.”

Additionally, it details the "history, purpose and meaning of the Constitution’s Impeachment Clause" and "addresses legal questions about the impeachment process and rebuts false claims about impeachment."

Specifically, the report clarifies impeachment processes that had been scrutinized by GOP House lawmakers throughout the public committee hearings and addresses six issues of potential relevance:

"The law that governs House procedures for impeachment."

"The law that governs the evaluation of evidence, including where the President orders defiance of House subpoenas."

"Whether the President can be impeached for abuse of his executive powers."

"Whether the President’s claims regarding his motives must be accepted at face value."

"Whether the President is immune from impeachment if he attempts an impeachable offense but is caught before he completes it."

"Whether it is preferable to await the next election when a President has sought to corrupt that very same election."

"The Framers' worst nightmare is what we are facing in this very moment," Judiciary Committee Chairman Jerrold Nadler (D-N.Y.) said in a statement. "President Trump abused his power, betrayed our national security, and corrupted our elections, all for personal gain.

"The Constitution details only one remedy for this misconduct: impeachment," he continued. "The safety and security of our nation, our democracy, and future generations hang in the balance if we do not address this misconduct. In America, no one is above the law, not even the President."