Impeachment inquiry has been chaotic and disastrous 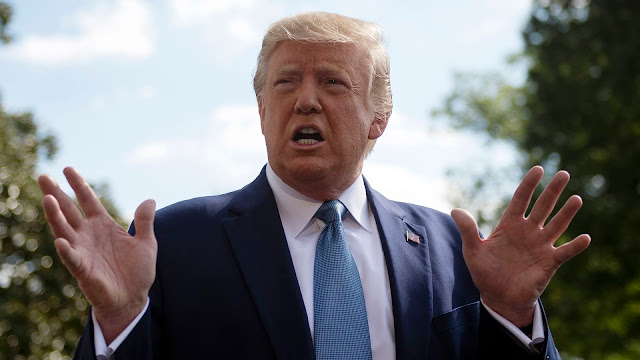 One of the lawyers for House Democrats reportedly celebrated at a bar on Capitol Hill with the staffers who assisted in orchestrating two weeks of impeachment hearings. What could they possibly have been celebrating? By every objective measure, the impeachment inquiry has been chaotic and disastrous, putting House Democrats and their party presidential hopefuls in a much worse position than before the fateful decision to jump in with both feet based on a contrived narrative about Ukraine.

Democrats spent hours of testimony exposing what amounts to policy differences among civil servants about American support for Ukraine. An American president who very much wanted Ukrainian president to get to the bottom of corruption at Burisma, the gas firm that paid Hunter Biden, does not strike most voters as the sort of thing that justifies overturning an election. Taxpayer funded missile launchers and White House meetings for Ukraine are not as sacred to voters as they are to those who sit behind “Russia desks” throughout the American national security establishment.

Days of innuendo from Adam Schiff and his colleagues about “bribery” did little to change that, and it did not help their case that collusion between his staffers and the whistleblower to set this fracas in motion became painfully obvious over the course of the hearings. Ominous signs started to pop up almost as soon as they began. After the first three witnesses had testified, Mike Kelly, a journalist who covered Watergate, warned those hoping for impeachment to temper their expectations. By the end of the first week, Washington Post columnist Marc Thiessen cautioned readers that Democrats were suffering a “massive ordnance failure.”

The warning sirens even sounded from within the House Democratic ranks. After the hearings, New Jersey Representative Jeff Van Drew, who had voted against formalizing the impeachment inquiry, said to his constituents, “I understand how people are so concerned about it. I am also concerned, but also we are tearing the country apart.” Michigan Representative Brenda Lawrence echoed that sentiment, saying she no longer sees “value” in trying to remove President Trump from office.

Opinions are one thing, but as the hearings dragged on, the evidence started to settle in, and it was nothing for Democrats to celebrate. The television ratings fell with each succeeding day. The dropoff in attention was even more dramatic on social media, where engagement peaked with the testimony of Marie Yovanovitch, then declined by the time Hill and Holmes rounded out the hearings. That fewer Americans are now paying attention to their antics might be a blessing in disguise for Schiff and his colleagues. The polling numbers look dim, showing that many of those who did tune in for the hearings were turned off by what they watched.

Analysing a broad swath of polling numbers, Vanity Fair declared it was “hard to read this as anything but a warning to the Democratic leadership and candidates.” The magazine cited a Politico Morning Consult survey showing that independents are overwhelmingly unenthused by the whole impeachment enterprise. Independents agreed that impeachment was “more important to politicians” by a margin of 62 percent to 22 percent, and “more important to the media” by a margin 61 percent to 23 percent.

Other surveys confirm the trend. Gallup showed a gain of five points in the approval rating of the president after the first two hearings. Emerson College found that net support for impeachment and removal narrowed by six points overall and an incredible 24 points among independents compared to before the hearings, with only 34 percent of independents now in favor. In battleground Wisconsin, Marquette University Law School found 40 percent support for impeachment and removal following the testimony of Yovanovitch, down four points from before the hearings.

Even in New York, the numbers are getting worse for Democrats. Between an October survey before the hearings and a November survey during the hearings, Siena College found a narrowing of nine points for support of impeachment and removal to a very slim majority. Only 37 percent of New York independents were in favor in the latter survey, down 12 points from before the hearings. These polls reveal plenty about the clearly widening disconnect between Democrats and the rest of Americans. Supporters of impeachment, for better or for worse, appear to be believing their own biased agenda far more than the objective evidence before them. That does not speak much to the wisdom of going all in on impeachment less than a year before a general election. It certainly is nothing to celebrate.