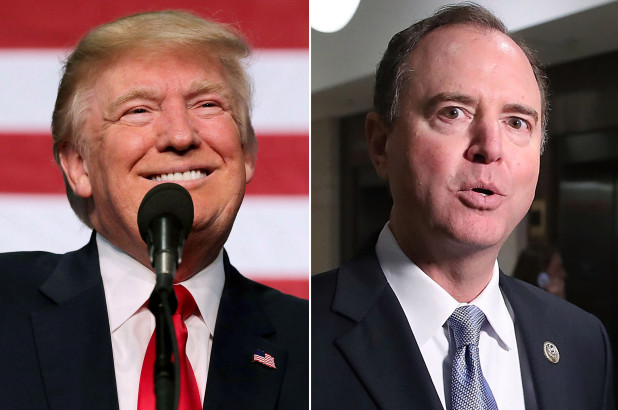 Democrats on the House Intelligence Committee released a lengthy memo Tuesday detailing their weeks of evidence-gathering as part of the impeachment inquiry, in which they claim President Trump abused the power of his office.

“The evidence is clear that President Trump used the power of his office to pressure Ukraine into announcing investigations into his political rival, former Vice President Joe Biden, and a debunked conspiracy theory that it was Ukraine, not Russia, that interfered in the 2016 election. These investigations were designed to benefit his 2020 presidential reelection campaign," three House Democratic chairs said in a statement.

The report, which the Intelligence panel is poised to transmit to the House Judiciary Committee, lays out details that Democrats hope will boost their case as they seek to argue Trump is unfit for office. They are primarily, if not entirely, resting their case on the claims Trump used the most powerful office in the world to press Ukraine to open to investigations that would benefit him politically.

In particular, Democrats allege that Trump sought to use the possibility of a White House meeting and nearly $400 million in U.S. aid as leverage to get Ukrainian President Volodymyr Zelensky to publicly commit to opening probes into unfounded claims of interference in the 2016 election and his 2020 rival former Vice President Joe Biden, whose son sat on the board of a Ukrainian energy company.

The Democrats asserted that the evidence they collected in recent weeks is "clear" that Trump "conditioned official acts on the public announcement of these investigations: a coveted White House visit and critical U.S. military assistance Ukraine needed to fight its Russian adversary."

The release comes one day before the House Judiciary Committee is slated to hear from constitutional lawyers during the panel's public impeachment hearing next week, marking the next phase in the inquiry.

The White House blasted the Intelligence Committee memo in a statement, saying Chairman Adam Schiff (Calif.) and other Democrats "utterly failed to produce any evidence of wrongdoing" from Trump.

"This report reflects nothing more than their frustrations," Trump press secretary Stephanie Grisham said. "Chairman Schiff’s report reads like the ramblings of a basement blogger straining to prove something when there is evidence of nothing."

Read the full report below: