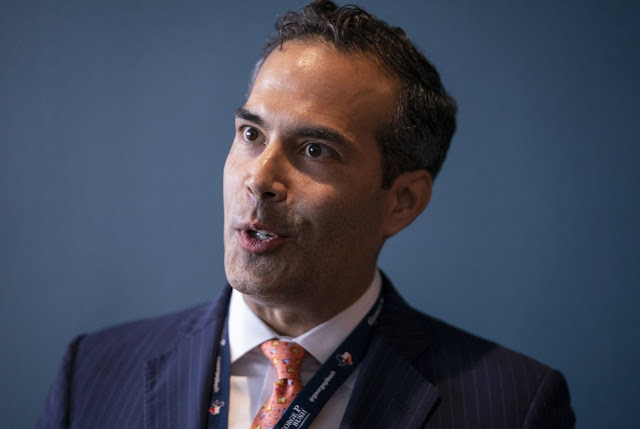 Texas Land Commissioner George P. Bush failed to disclose his ties to at least 11 companies, including a Cayman Islands-based oil and gas firm that did business with a state fund he helps oversee, records obtained by The Texas Tribune show.

Arabella Exploration, which declared bankruptcy in 2017, put Bush on its board in January 2014, paid him $43,000 for his service and granted him stock options that were valued at over $100,000, regulatory filings show. The next year, a few months into his new job as land commissioner — and about a year after he left the Arabella board — the School Land Board, which Bush chairs, approved a lease agreement with Arabella for oil and gas exploration in West Texas, records show.

State politicians must provide details of their personal finances, including business dealings and corporate board service, every year to the Texas Ethics Commissions so voters can judge whether their elected leaders have any conflicts of interest.

Nowhere did Bush’s 2015 state disclosure mention Arabella, however. Nor did he list 10 other companies in which he has a stake on more recent disclosure forms. The other companies on the list include investments held or owned by St. Augustine Partners, LLC, some of them focused on the oil and gas business.

After the Texas Ethics Commission received a sworn complaint about the omissions, Bush told the Tribune last week that he looked into the matter, learned of a 2017 opinion that better clarified what business interests must be revealed and took immediate steps to correct his disclosure forms. Under Texas’ lax ethics laws, politicians can omit key information with little fear of fines or legal repercussions. All they have to do is amend them within two weeks of being alerted that something is amiss.

“Any perceived omission in my personal financial statement was unintentional, and I have never hesitated to amend or correct a report when necessary,” Bush said. “My team and I view compliance with the statutes and rules of the [Texas Ethics Commission] as an important duty of an elected official, and monitor rulemaking to maintain an understanding of state reporting guidelines, which we take very seriously."

Bush, a Republican, included his 2014 board service with Arabella on the amended reports; his office said he never exercised any stock options granted by Arabella and never owned any Arabella shares.

This is not the first time Bush has amended his reports. In 2017, after the Tribune reported on a loophole the land commissioner used to keep private the existence of his West Austin mansion and a mortgage loan from a multi-millionaire donor and banker, Bush acknowledged he failed to disclose fully his wife’s employment at one of the banker’s companies and amended the forms.

The new sworn ethics complaint was filed by Joe Gardner, a former General Land Office employee who says he was terminated for highlighting accounting irregularities in connection with the agency’s oversight of the Alamo. He said he now wants to highlight Bush’s ethics disclosure failures.

“I would like for the Ethics Commission to review the complaint and find that the evidence I presented is true and that he is held accountable for the lack of transparency in his management of the General Land Office,” Gardner said.

Gardner said the fact that Bush filed amended disclosures is “in effect an admission” but still wants the commission to review his complaint.

Bush was appointed to the Arabella board of directors in January of 2014 along with his business partner Malachi Boyuls, according to a company press release. They served on the board together until September of that year, before Bush was elected land commissioner. When Boyuls was running for Railroad Commissioner in 2014, he got over $182,000 from Jason Hoisager, Arabella’s CEO, state filings show. That was about 20% of the total amount he reported raising. Boyuls finished last among the four candidates in the Republican primary.

Bush has received at least $30,000 from Hoisager since 2013, campaign finance records show. Attempts to reach Hoisager were not successful.

On Oct. 6, 2015, the School Land Board, which oversees land and mineral investments benefitting the multi-billion dollar Permanent School Fund, voted to approve a series of lease agreements. One included a well operated by Arabella Petroleum, owned by Arabella CEO Hoisager, that had declared bankruptcy in July of that year, records show.

Without ever mentioning Arabella by name, Bush said he was recusing himself from a vote entering into lease agreements with 21 different oil companies because of “prior board service on one of the producer companies’ boards, and to avoid any potential conflict of interest.”

The Tribune asked Bush’s office why he didn’t specify which of the 21 oil companies triggered the verbal recusal.

“There was no particular reason for Commissioner Bush not identifying the specific board on which he previously sat,” said his spokeswoman Karina Erickson.

She also said Bush “did not play any part” in creating the Oct. 6 agenda and described the action taken (without Bush’s vote) as a “standard pooling agreement” that allowed Arabella Exploration to consolidate and combine leased tracts. The GLO was paid $51,000 in royalties under the lease agreement, she said.