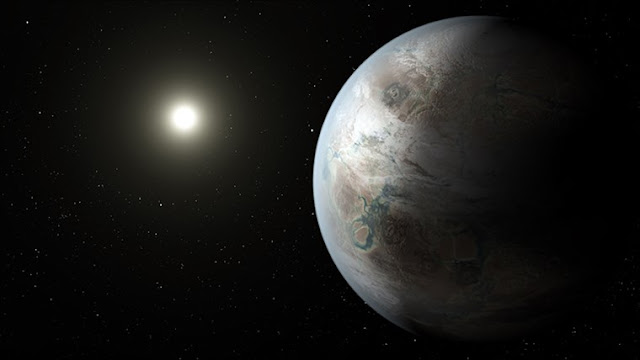 David Axe at the Daily Beast left us all a Christmas present in the form of an intriguing essay posing one provocative question. Will we find aliens in the next decade? He begins by referencing astronomer Seth Shostak who made a bet with his audience at a scientific conference in Germany eight years ago, wagering that we would make our first contact with alien life within 24 years. Shostak is standing by his prediction to this day.

But what form of “alien life” are we talking about here? And who will be the ones to initiate the contact? Axe offers some possible theories while remaining far more skeptical than seems necessary.

And just one encounter with a thriving alien civilization or even just living or dead microbes could change, well, everything. “The universe, we could conclude, is teeming with life,” Shostak told The Daily Beast.

Shostak’s position is increasingly uncontroversial. More and more scientists believe that, yes, there’s life beyond Earth. “Why should we be the only ones?” Martin Dominik, an astronomer at the University of St. Andrews in Scotland, asked The Daily Beast…

First contact looks more and more likely. But if we’re going to find extraterrestrial life within a decade or so, we might need to switch up exactly where, and how, we’re looking. One hellishly hot volcanic planet in particular practically begs for our attention.

The author’s focus is on some scientifically interesting but not nearly as exciting possibilities while flatly eliminating the most obvious evidence staring him in the face. He dismisses the 2004 and 2015 encounters with the Nimitz and Roosevelt carrier battle groups and the now infamous tic tac craft, saying they “don’t count.” His flawed reasoning for this is justified by saying, “scientists almost unanimously dismiss the possibility they’re alien visitors.”

Oh, really, David? Try telling that to Michio Kaku. And there are plenty more where he comes from.

Axe focuses more on the search for microbes or other primitive lifeforms in our own solar system, including in the lower atmosphere of Venus. As I said, this is a very interesting possibility in a scientific sense. It might also be something of a game-changer if we discover that such lifeforms are genetically unique (assuming they even have DNA as Earthborn lifeforms do) because it would suggest life arose in multiple places. This would virtually assure that the entire galaxy is very likely lousy with life.

But the seriously tantalizing possibility is that of discovering an alien, technologically advanced lifeform of any sort. (It might not even be biological. Other possibilities include artificially intelligent machines.) The idea of discovering a second advanced civilization in our own solar systems seems unlikely in the extreme. We’ve already visited all of the planets and most of the moons in our neighborhood and detected no hints of any such activity. And if such a civilization had arisen, you’d think they’d have shown up to check out Earth before heading out to the stars.

So how does this sort of discovery happen? As the author points out, a new generation of space telescopes is on the way that should be able to view the atmospheres of exoplanets circling other stars and detect the signatures of life there. Or possibly even technological activity. He also references SETI (the Search for Extraterrestrial Intelligence), but as I’ve discussed here before, they rely on the detection of radio waves. Not only would such signals coming from other stars be incredibly weak, but any truly advanced species probably isn’t communicating using radio waves except during a brief period in their technological infancy. We’re already playing around with quantum entanglement and should eventually be able to develop some sort of ansible that transmits data instantaneously across any distance with no detectable waves of any sort to intercept between the sender and receiver.

But what if we don’t need to find “them?” What if they have already found us? Despite the skepticism expressed by David Axe, those tic tacs that have been buzzing our carrier battle groups for at least a couple of decades are solid, physical objects (at least at times). They didn’t grow on trees. Somebody had to have built them and there is yet to be any hint that humans have made the sort of technological breakthroughs the craft appear to be demonstrating.

If that’s truly what’s happening and we could make contact with and learn from whoever or whatever built them, that would be the real game-changer. The technological possibilities alone could result in a fundamental shift in how we create and consume energy, as well as nearly every other aspect of our lives. But beyond that, we would know once and for all that we’re not alone in the universe and that it’s possible for life to evolve sufficiently to leave the nest and move among the stars.

And all of this could (emphasis on could) be happening in your lifetime. Perhaps as soon as during the decade we are about to begin. And that would indeed make this an amazing and fundamentally transformative time to be alive.