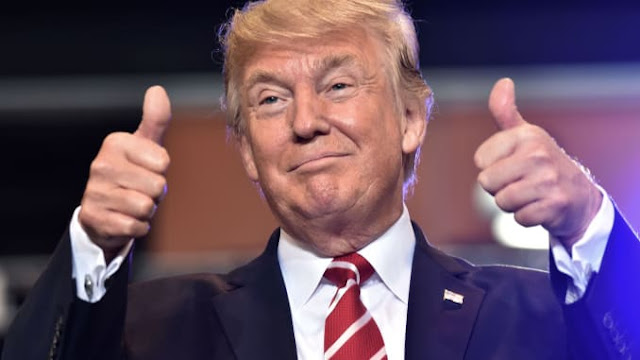 If there is one takeaway from the Capitol melodrama, it is the dearth (and death) of political leadership in America. We all would hope that members of Congress, who have devoted a significant portion of their lives to seeking political office, would address real problems facing America, rather than just clinging to power.

And yet, here they are, voting like lock-step, “1984”-style party robots in a power struggle that does far more to damage the country than it solves real problems. None ever envisioned “following” Reps. Adam Schiff (D-Calif.) or Jerry Nadler (D-N.Y.), spouting sophistry from their high chairs. It is a full indictment of a political party that there weren’t many brave souls among the hundreds of Democrats in Congress who could understand and speak up strongly to the alternative point of view of a large portion of Americans.

And this is not the rare case. It is on display across major congressional votes over the past several years and across the field of presidential candidates, which is why they have garnered so little interest: There’s not one leader in the pack.

It’s often said that leaders should be compasses, showing the way, or a least lighthouses warning of dangers. What they never should be is weather vanes, constantly bending to the direction that the popular, or the loudest, wind is blowing.

The Democratic candidates are weather vanes, simply pointing to the raging storm from the radical, “progressive” left. It is not at all brave to be blown by this storm into trying to outdo each other by pursuing the most impractical, overstated and fully destructive policies imaginable. It is not brave to pander to loud, supportive mobs. It is not brave to jump in front of television cameras touting yet another imaginary grievance.

Part of the problem is that social networks have diverged from the Silicon Valley dream of an electronic Athenian Democracy and produced a mob of web-installed wolf packs (or “woke” packs), demanding conformity or else political annihilation. It would require Olympian strength, insight and political skill to develop independent and well-balanced positions and actually lead the political process to new, firmer ground.

Even the highly-anticipated Michael Bloomberg campaign, the former New York mayor presumably insulated from so much of this external pressure because of his vast wealth, has shown the emperor’s lack of clothes: He has acted like just another radical progressive, hiding behind a blizzard of television commercials. Sadly, this Hamlet on the Hudson will blow several hundred million dollars on bad advice and terrible, predictable ads, let millions of hopeful Americans down, and lose. Americans will never elect someone who lacks the courage to lead on serious issues, to show a skill for new and more effective solutions (Bloomberg’s “War on Poverty” has been under way for 60 years) — or to publicly face opponents in a real test of strength and ideas.

Much of the news media, of course, appear to lack leaders. TV news celebrities repeat, verbatim, daily talking points, with neither insight nor perspective, providing dogma rather than useful social commentary.

Oddly, only one political figure on the national stage consistently has shown unique leadership: President Trump. Although he has been inconsistent on policy, harsh to opponents and a terrible manager of subordinates, often awkward and embarrassing in his style, he nonetheless has staked out strong positions on major issues and followed through on most of them. He has managed a haphazard but successful foreign policy that has avoided new wars; strengthened the military; renegotiated unfair trade deals; faced down serious foreign enemies; and delivered national security, a strong economy and relative calm in the cities.

Trump has controlled the news cycle and policy debate. While Congress and his Democratic rivals have moved to the extremes and accomplished nothing, he has effectively governed as a moderate. He is the only politician strong enough to weather the relentless personal assault of the past three years. He has led many to support his policies even though they may cringe at his style.

Many Americans sense that, for better or worse, Trump is “real” and a compass, leading somewhere. By contrast, the world and many American voters sense that the Democratic Party leaders and candidates are not “real” at all, but rather weak, spinning weather vanes, leading nowhere.

Part of the reason that Trump might well be the subliminal favorite of many independent voters is that they cannot really imagine any of the Democratic candidates as leaders, strongly defending America against global adversaries such as Russia’s Vladimir Putin, China’s Xi Jinping, North Korea’s Kim Jong Un, or the mullahs of Iran, or even our deeply cynical European allies. Our adversaries are all experienced, hardened leaders who have emerged out of Darwinian power struggles, far more fierce and serious and politically skillful than all the presidential candidates except, perhaps, Trump.

In this strange state of affairs, the impeachment process suddenly and inadvertently has put Trump’s leadership in high relief compared to members of Congress and the Democratic presidential field, who seem very small by comparison.