Democrats should be wary as they head into 2020 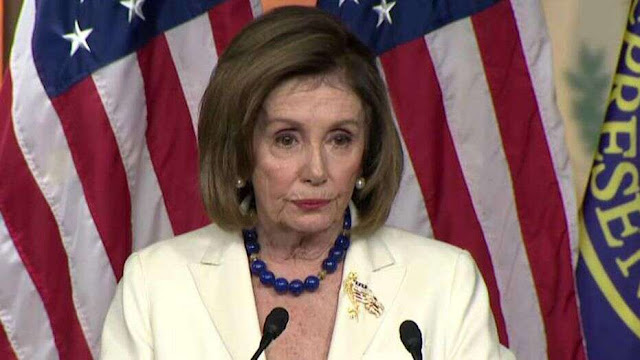 The House Judiciary Committee has voted along party lines to advance two articles of impeachment against President Donald Trump. The two articles, abuse of power and obstruction of Congress, will now go to the House floor for a vote this week. If the vote passes as expected, Trump will be just the third president in United States history to be impeached. “The articles are what they are. They are very powerful. They are very strong,” House Speaker Nancy Pelosi said as the articles were being debated.

Now that the impeachment investigation is reaching its final stage, it has become clear that the case laid out by Democrats is unlikely to convince any Republicans to defect and vote in favor of impeachment, and the final vote will almost certainly fall along party lines. The focus of both parties is now split between dealing with the impeachment proceedings while also anticipating and planning for the political landscape heading into 2020.

Democrats must their focus away from the impeachment message against Trump and toward discussing the issues voters care about, such as health care, climate change, and an economy that works for everyone. While a strong majority of Democrats favor impeaching the president, the same cannot be said for independents or swing state voters, two critical blocs that both parties will be actively working to win over for the election.

According to a Washington Post average of polls in the swing states of Arizona, Florida, Michigan, Pennsylvania, Nevada, New Hampshire, North Carolina, and Wisconsin, an average of 44 percent of voters favor the impeachment of Trump, and 51 percent oppose. Given that these are arguably some of the most critical states for Democrats to capture in 2020, impeachment will likely become politically problematic as Trump, who will almost surely be acquitted by the Senate, will be emboldened.

While Democrats may have hoped that the progression of hearings and proceedings would tip the scales of public opinion in their favor, that does not appear to be the case. In October, national support for impeachment and removal of Trump climbed as high as 50 percent, with 44 percent opposed, according to Real Clear Politics. Since then, national support has waned. In a Quinnipiac University poll last week, 51 percent of voters do not believe Trump should be impeached and removed from office.

Remarkably, this is now the first time since Pelosi declared the formal inquiry two months ago that more than half of voters believe Trump should not be impeached. It is not yet clear whether this marked shift in public opinion stems from a genuine change of mind as a result of the developments from the public hearings and testimony, or if voters are simply exhausted and overwhelmed by the prospect of impeachment.

Either way, it is nearly certain that it will be an uphill battle for Democrats heading into 2020 to hold on to general election voters in swing states, as well as voters in the districts Trump won in 2016 but voted for Democrats in 2018. For this reason, House Democrats are already expecting several defections from centrist Democrats in swing districts who are concerned that a vote for impeachment could cost them their seats in November.

To be sure, Pelosi has clearly been working over the past few weeks to give moderate Democrats decisive legislative victories that they can tout in their districts with voters who are concerned that impeachment has supplanted the Democratic legislative promises made in 2018. These accomplishments include the likely passage of the new bipartisan trade deal and the defense bill which includes paid leave for federal workers. Additionally, Pelosi has been working toward a vote on a bill to lower the cost of prescription drugs, which was a key midterm campaign promise.

Ultimately, Democrats should be wary as they head into 2020. Trump is presiding over a strong economy, low unemployment, and successful passage of his trade deal. While impeachment may be humiliating for Trump and many Republicans, it may also turn into a political winner for them if Democrats do not pivot sharply to the core issues they ran on in 2018 and that everyday Americans are above all concerned with today.