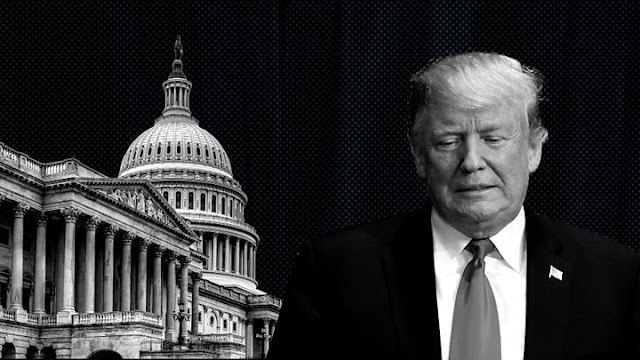 "The Department of Justice (DOJ) takes extraordinary positions in this case,” the House Judiciary Committee told the D.C. Circuit Court in a court filing on Monday. “It does so to avoid disclosing grand-jury material needed for the House’s impeachment of President Trump and the Senate’s trial to remove him from office.”

Counsel for the Judiciary Committee have long held out the possibility that Trump’s alleged obstruction of Mueller’s nearly two-year probe into Russian interference in the 2016 election and possible collusion with the Trump campaign could prove critical to the impeachment inquiry.

The Monday court filing shows Democrats doubling down on that argument even as the impeachment process moves quickly and after the House committees involved unveiled two impeachment articles that focused narrowly on Trump’s alleged abuse of power over his dealings with Ukraine and the administration’s obstruction of Congress.

In October, Democrats scored a win when a federal district court judge said the Justice Department should hand over the redacted materials from Mueller's probe.

D.C. Circuit Court Judge Beryl Howell, an Obama appointee, said House Democrats had provided a legitimate reason for seeking the documents, citing their impeachment inquiry into Trump. The DOJ had argued that the impeachment inquiry was not legitimate because it had not been authorized in a vote by the full House, an argument Howell rejected. The DOJ appealed that ruling to the circuit court.

Laying out their arguments for the circuit court, Democrats stressed the need to obtain the documents for the impeachment process.

"Because this Court effectively stayed the decision below pending appeal, the Committee voted to refer Articles of Impeachment to the House without the benefit of the grand-jury material to which it was entitled," Democrats said.

During oral arguments before a panel of D.C. Circuit Court judges last month, a lawyer for the House Judiciary Committee said Democrats were looking into whether Trump misled Mueller.