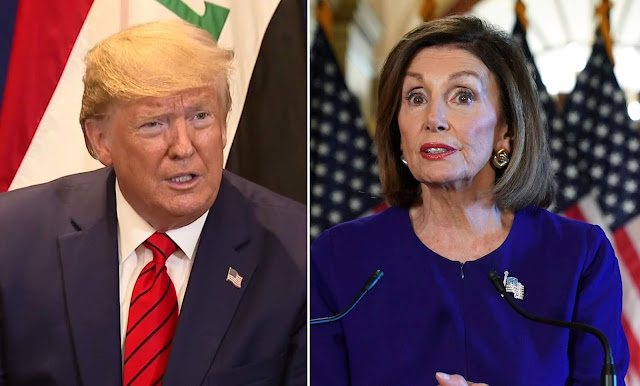 Pelosi announced the deal on a head spinning day in Washington just one hour after she joined Democrats in setting out two articles of impeachment against Trump.

The agreement on the trade pact is important to Pelosi and Democrats, who want to show they can legislate even as they move toward just the third impeachment of a U.S. president in history. Republicans have repeatedly criticized Democrats as being consumed by impeachment.

Passage of the United States Canada Mexico Agreement (USMCA) would also give a major political victory to Trump ahead of his reelection. Trump campaigned on renegotiating NAFTA, which he described as the worst deal in history.

Trade represented a rare area of agreement between Trump and progressive Democrats, who have long criticized the North American Free Trade Agreement approved by Congress during the Clinton administration.

Democrats were able to win a number of provisions in the trade deal, including stronger environmental and labor standards intended to help U.S. workers.

The AFL-CIO announced Tuesday it would back the trade agreement, something that would give more cover for Democrats to support it.

"Working people are responsible for a deal that is a vast improvement over both the original NAFTA and the flawed proposal brought forward in 2017," AFL-CIO President Richard Trumka said. "For the first time, there truly will be enforceable labor standards — including a process that allows for the inspections of factories and facilities that are not living up to their obligations."

The deal would require a higher minimum wage pay and stronger labor standards in Mexico and allow Canadians to buy more U.S. goods online duty-free. It will also install a new regime of rules relating to digital trade.

Pelosi said the new framework would serve as a template for future trade deals.

In updating the 25-year-old NAFTA, USMCA will maintain the basic premise of scrapping tariffs across a swath of business sectors to promote trade and industrial cooperation between Canada, Mexico, and the United States.

The deal is expected to pass with strong bipartisan support in both chambers.