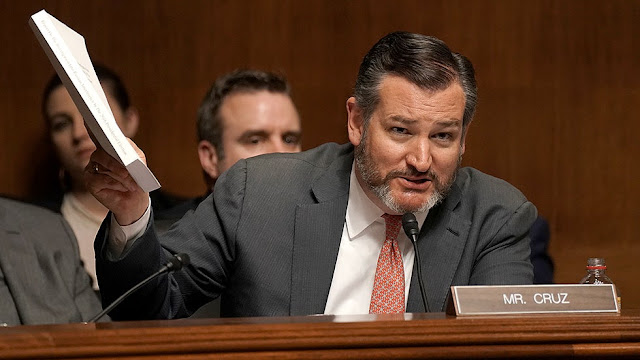 Sen. Ted Cruz (R-Texas) said on Sunday that he intends to “fully” follow the impeachment oath that requires him to be impartial during the Senate trial.

“I fully intend to follow my oath,” he told ABC’s “This Week”

"But the oath of a Senate juror -- it has some similarities to a criminal trial, but it has some differences as well.”

The Texas senator noted he would not be sequestered as part of the trial, meaning he could communicate with other Republicans. He noted that Democrats worked with President Clinton during his impeachment trial in the Senate.

“This remains a political process,” Cruz said. “The framers knew what they were doing when they put it into the political branches.”

Cruz’s comments follow Majority Leader Mitch McConnell’s (R-Ky.) announcement that he would have “total coordination” with the White House during the impeachment trial.
Sen. Lindsey Graham’s (R-S.C.) also declared last week that would do what he can to make impeachment “die quickly” in the Senate.

The House is expected to approve two articles of impeachment against President Trump this week. The Senate -- where Republicans hold a majority -- would then decide whether to remove him from office.