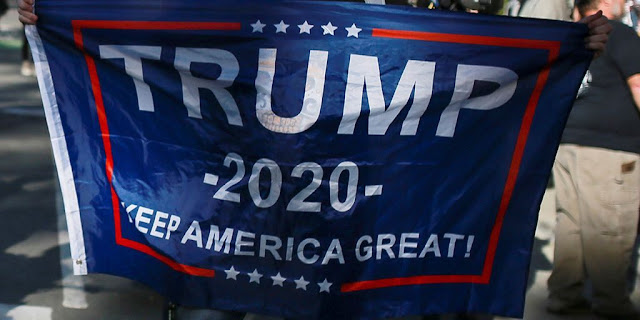 A group of conservatives known for their criticism of President Trump, led by lawyer George Conway, is launching a super PAC aimed at stopping Trump from winning reelection.

The Lincoln Project is made up of some of Trump’s staunchest conservative critics and represents the first formal operation for the so-called "Never Trump" movement, according to The Associated Press.

Organizers have reportedly garnered more than $1 million in fundraising commitments, with the hopes of raising much more to spend on anti-Trump advertising in the build-up to the 2020 election.

“This effort transcends partisanship and is dedicated to nothing less than preservation of the principles that so many have fought for, on battlefields far from home and within their own communities,” read the op-ed in the Times.

The authors wrote that their effort over the next 11 months will be to defeat Trump “and Trumpism at the ballot box and to elect those patriots who will hold the line.”

“We do not undertake this task lightly, nor from ideological preference. We have been, and remain, broadly conservative (or classically liberal) in our politics and outlooks,” they wrote. “Our many policy differences with national Democrats remain, but our shared fidelity to the Constitution dictates a common effort.”

Conway added in an interview with the AP that the group is open to expanding its ranks, saying it should include the unidentified Trump administration official who authored the recent book “Anonymous” book warning the public against Trump’s reelection.

“I think the more the merrier,” Conway told the news service. “And I hope maybe he — he or she, I don’t know who Anonymous is — will come out someday and join the effort. Because everyone who believes as we do that Donald Trump is a cancer on the presidency and on the Constitution needs to help and join this effort.”

The group reportedly plans to target disenfranchised Republicans and Republican-leaning independents in an effort to hinder Trump’s reelection and to defeat Trump-aligned GOP Senate candidates in key 2020 battleground states, including Arizona, Colorado, North Carolina, Maine and possibly Kansas and Kentucky.

Conway, who is married to White House senior adviser Kellyanne Conway and has become one of Trump’s most vocal critics, said he plans to likely serve as a “cheerleader” for the new group.

“I’m not a fundraiser or political consultant, but if I could help in that way and learn how to do that — even to raise a nickel or two — I’ll do it because it’s important,” he said. “For this, I think I can make an exception.”

Weaver said the group’s ads are expected to start airing early next year.