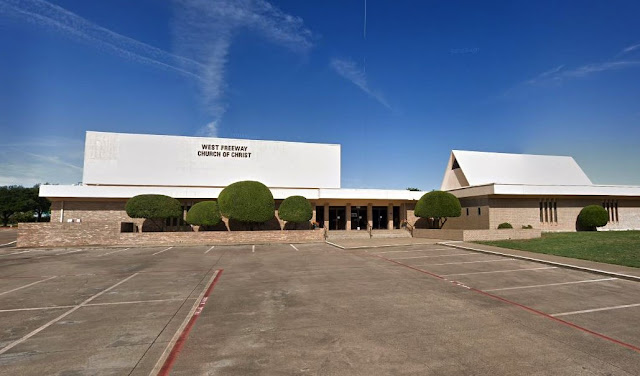 A gunman opened fire in a Texas church on Sunday, killing two people and injuring others before two "heroic" parishioners shot and killed him at the scene, police said.

The shooting unfolded around 10 a.m. at the West Freeway Church of Christ, in the city of White Settlement, just outside Fort Worth, police said.

White Settlement Police Chief J.P. Bevering told reporters Sunday afternoon that the gunman entered the church and sat down with the parishioners. He then got up, pulled out a shotgun, and shot two parishioners who died at a nearby hospital.

"The suspect was stopped thanks to the quick and heroic actions of those safety members inside the church," Bevering said.

Separately, two people who suffered minor injuries were treated and released at the scene.

He said, "This team responded quickly and within six seconds, the shooting was over."

He noted that the security team's quick response saved an "untold number of lives."

The victims ranged in age from 30 to 60 years old, according to MedStar, the ambulance service provider to Fort Worth and other cities in North Texas.

A witness to the shooting told KTVT the gunman walked up to a server with a shotgun during communion and opened fire before parishioners inside the church took him down.

“It was the most scariest thing. You feel like your life is flashing before you," Isabel Arreola told the television station. "I was so worried about my little one."

The church was apparently live streaming the service when the shooting took place.

"Unfortunately, this country has seen so many of these that we've actually gotten used to it at this point. And it's tragic and it's a terrible situation, especially during the holiday season," Jeoff Williams, a regional director with the Texas Department of Public Safety, said at the news conference. "I would like to point out that we have a couple of heroic parishioners who stopped short of just anything that you can even imagine, saved countless lives, and our hearts are going out to them and their families as well."

Images from the scene showed a massive emergency response. Texas Gov. Gregg Abbott called the shooting an "evil act of violence" at the church.

"Places of worship are meant to be sacred, and I am grateful for the church members who acted quickly to take down the shooter and help prevent further loss of life," the governor said in a statement. "Cecilia and I ask all Texans to join us in praying for the White Settlement community and for all those affected by this horrible tragedy."

Texas Attorney General Ken Paxton tweeted about the shooting, asking for prayers for "any victims and their families, this congregation, and the law enforcement officials at the scene."

Local and federal law enforcement agencies were continuing to investigate the shooter's identity and motivation for the shooting. The identities of the deceased were not released.