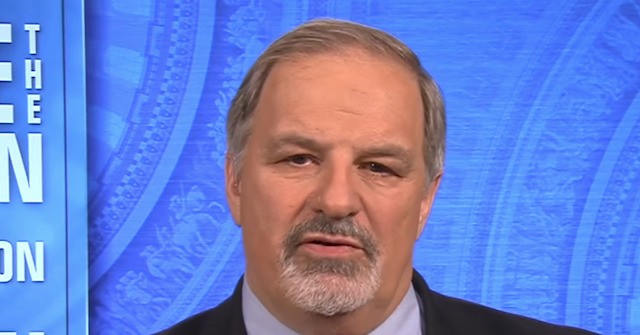 Christianity Today Editor-in-Chief Mark Galli said on Sunday that President Trump has crossed a line where his actions benefiting the evangelical community no longer excuse his misconduct in other areas.

"I am making a moral judgement that he is morally unfit, or, even more precisely, it's his public morality that makes him unfit," Galli said on CBS's "Face the Nation."

He called for Trump's removal in an editorial published Thursday in the evangelical magazine.

"None of us are perfect. We’re not looking for saints," Galli continued, adding that "a president has certain responsibilities as a public figure to display a certain level of public character and public morality."

"My argument is not to judge him as a person in the eyes of God — that's not my job — but to judge his public moral character and to ask, has he gone so far that the evangelical constituency that we represent, can we in good conscience do the trade-off anymore?" Galli said.

"He gives us what we need on pro-life, but he's got this bad character. And the fundamental argument I'm making is we crossed a line somewhere in the impeachment hearings, at least in my mind, that that balance no longer works."

Galli faced backlash for his editorial, with Trump and at least two prominent evangelical leaders criticizing his comments.

But Galli did not back down during his Sunday morning interview.

"I have no animus towards them," Galli said of evangelicals who continue to support Trump. "But it strikes me as strange that for people that take the teachings of Jesus Christ seriously, teachings of the Ten Commandments seriously, that we can't at least say publicly and out loud and in front of God and everybody that this man's character is deeply, deeply concerning to us and in my judgement has crossed a line and no longer think he's fit to lead the United States of America."