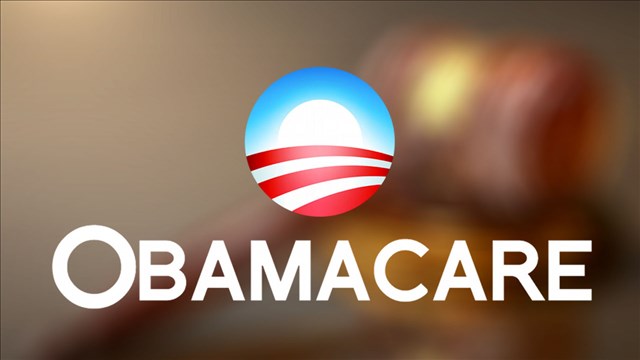 A federal appeals court on Wednesday ruled that Obamacare's individual mandate is unconstitutional but punted on the larger question of what it means for the rest of the health law.

The 5th Circuit Court of Appeals in New Orleans remanded the case back to a federal judge in Texas to decide just how much of the rest of the Affordable Care Act (ACA), if any, is also unconstitutional.

"The rule of law demands a careful, precise explanation of whether the provisions of the ACA are affected by the unconstitutionality of the individual mandate as it exists today," the judges wrote for the majority.

The 2-1 ruling is a victory for the coalition of 18 conservative attorneys general as well as the Trump administration, which endorsed the challenge and declined to defend the law in court.

The ruling keeps the legal threat to Obamacare alive and could push the ultimate decision on the case past 2020.

The main takeaway is that the court punted on the key issue, and the case will probably continue for a long time before it’s finally resolved.

Unfortunately, though, this is a complicated case that requires some background before I get to the new developments in earnest. If you’re already up to date, skip ahead five paragraphs.

When Congress repealed Obamacare’s individual mandate, what it technically did was reduce the penalty to $0. What the law says now is, basically, “You must buy insurance, and if you don’t, you shall receive the punishment of a $0 penalty. That’ll teach you!” Obviously, no one actually thinks the mandate means anything with a $0 penalty; the old language was left in thanks to some arcane procedural rules in the Senate (regarding the “reconciliation” process).

You may recall, meanwhile, that when the Supreme Court upheld Obamacare back in the day, it did so on the notion that the mandate was a “tax” and thus a constitutional use of Congress’s taxing power. You may also recall that when Obamacare was originally passed, the individual mandate was seen as one leg of a “three-legged stool,” a component needed to stave off the “death spiral” that results when people don’t buy insurance until after they get sick.

Put it all together and you get the lawsuit’s argument: The mandate was legal only because it was a tax; a mandate of $0 doesn’t collect any money and therefore can’t be a tax; and since the mandate is a crucial part of Obamacare, it can’t be “severed” from the rest of the law, and the entire thing has to be struck down.

The problem, of course, is that the 2017 Congress, the one that reduced the penalty to $0, clearly didn’t think its new, toothless mandate would be a crucial component of the law. The president went around saying the mandate was “gone.” If the irrelevant shell of the mandate is unconstitutional, there’s no reason it can’t simply be severed from the rest of the law.

A district court, however, sided with the red states and individuals suing to kill Obamacare, and the issue landed at the Fifth Circuit Court of Appeals.

The opinion addresses several issues. It concludes that the plaintiffs have standing to sue, and that the mandate is indeed unconstitutional if it doesn’t raise money. But on the key question — whether the mandate can be severed from the rest of the law — the court just punts the issue back down to the lower court.

The appeals court does have some harsh words for the way the district court handled this issue the first time around:

"First, the opinion gives relatively little attention to the intent of the 2017 Congress, which appears in the analysis only as an afterthought despite the fact that the 2017 Congress had the benefit of hindsight over the 2010 Congress: it was able to observe the ACA’s actual implementation. Although the district court opinion states that burdening insurance companies with taxes and regulations without giving them the benefit of compelling the purchase of their product is “a choice no Congress made,” it only links this observation to the 2010 Congress. It does not explain its statement that the 2017 Congress’ failure to repeal the individual mandate is evidence of an understanding that no part of the ACA could survive without it.

But what does that mean, exactly?

Frankly, an honest accounting of the 2017 Congress’s intent, as well as an honest assessment of how the post-2017 $0 mandate actually affects the rest of the law, would clearly lead to a conclusion that the entire rest of the ACA is easily severable from the mandate. After all, Congress deliberately reduced the penalty to $0, and a $0 penalty doesn’t do anything. But the court doesn’t undertake that analysis itself or even provide many guardrails:

"[We direct] the district court to employ a finer-toothed comb on remand and conduct a more searching inquiry into which provisions of the ACA Congress intended to be inseverable from the individual mandate. We do not hold forth on just how fine-toothed that comb should be — the district court may use its best judgment to determine how best to break the ACA down into constituent groupings, segments, or provisions to be analyzed."

Nor does it give any hint of how it will rule when the district judge’s next analysis ends up being appealed again:

Did the judges get “cold feet” and decide to let Obamacare live? Are they prodding the district judge to strike down most of the law while letting a few parts stay? Will the Supreme Court take the case earlier in the process than it normally would, or wait until everything is final?

Your guess is as good as mine where this is headed, though ultimately I still doubt the Supreme Court will kill the entirety of Obamacare over this argument.