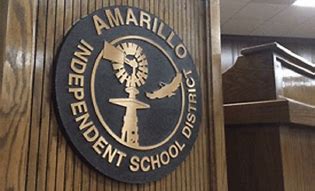 A group of students from all four high schools entertained the audience at the December 9 School Board meeting with a scene from the musical, Elf.  Elf was performed two different weekends in November in the newly-renovated Palo Duro High School auditorium.  The musical marks the first time all four Amarillo ISD high schools have collaborated to put on a musical production.

The Board heard from Mark Leach, principal of North Heights Alternative School, and two recent North Heights graduates about programs for at-risk students and plans for expansion of North Heights.  The students talked about how teachers and administrators at North Heights provided them a second chance and helped them find career paths and obtain the necessary credits to graduate.  Mr. Leach said the school’s credit-recovery program for 11th and 12th graders (known as PASS) is expanding to include 9th and 10th graders in the new ‘Crossroads’ program beginning with a pilot next year.

In other business the Board renewed property insurance coverage for the District at an annual premium of $2,322,919, and they hired a contractor for asbestos abatement at Caprock High School.  The abatement must be done before bond renovation projects at Caprock can take place.

Trustees also approved a resolution for the TechTeach teacher preparation program, which will form a partnership between AISD, Amarillo College and Texas Tech University to target AISD graduates interested in being teachers and fast track the students from college to classroom in three years.  Executive Director of Human Resources Chris Tatum said the District hopes to hire as many as 15 – 20 graduates a year from the program, beginning as soon as the 2021-2022 school year.  Read more here.

The Board awarded a contract to Panhandle Steel Buildings, Inc. to install security fencing around the perimeter of Palo Duro High School, at a cost of $717,504.  The funding for the project will come from a $500,000 safety and security grant AISD is receiving from the State, with the remainder coming from the District’s reserve account.  Palo Duro is the first high school to receive the perimeter fencing, but plans are to explore the installation of fencing at the other three high schools to increase safety and security.