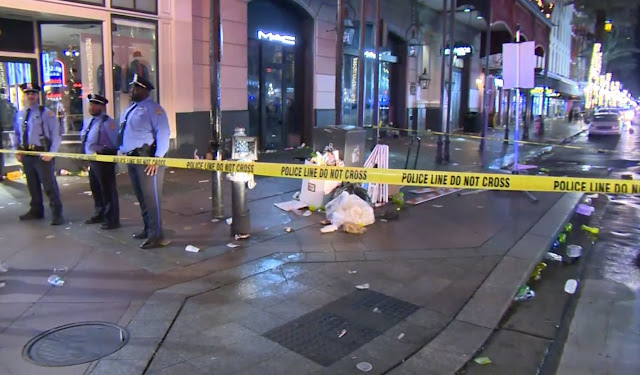 The New Orleans Police Department said in a statement that it is investigating the incident, adding that an individual was apprehended near the scene. But the department said that the individual's "possible involvement in this incident remains under investigation."

No arrests have been made as of yet, police said. Authorities had initially said that the shooting injured 10 people. The total was updated to 11 after another victim walked into a local hospital for treatment.

Superintendent Shaun Ferguson said at a press conference that police officers were in the area, a busy commercial block of Canal Street, when the shooting occurred.

Ferguson added that two of the victims were in critical condition, according to NBC affiliate WDSU.