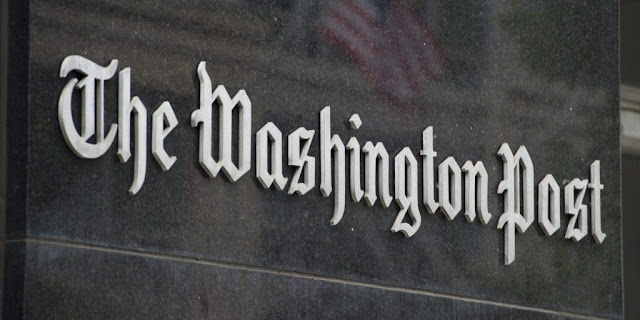 The Washington Post published an irresponsible puff piece that effectively grants moral permission to elderly people to commit suicide by self-starvation — known in euthanasia parlance as VSED (“voluntary stop eating and drinking”) — and quasi-teaches them how to do it.

Of course, the story doesn’t put it that way. Instead, reporter Tara Bahrampour deploys euphemistic language to soften the harshness of the whole thing into pretty pastels. The word “suicide” — which is accurate and descriptive — never appears. Instead, it is called “ending life by fasting.”

The suicide-by-starvation death of Rosemary Bowen, a 94-year old woman — who decided she didn’t want to be a burden after a fall — serves as the pretext for this pro-suicide propaganda. From the story:


At 94, the retired school reading specialist was active and socially engaged in her Friendship Heights neighborhood, swimming each day, cooking and cleaning for herself, and participating in walking groups, a book club and a poetry cafe. Doctors assured her that with physical therapy and a back brace, she would probably recover in about three months.

Instead, she announced to her family and friends that she had decided to terminate her life by fasting. After saying her goodbyes, she stopped eating, and in the early morning of the eighth day of her fast, she died in her sleep.

Probably after falling into a coma, but never mind.

This story violates the World Health Association media guidelines about reporting on suicide, which seeks to prevent reportage that glamorizes the death or details the means as a way of preventing suicide contagion. And guess what, Bahrampour chirpily reports that some of Rosemary’s friends are now thinking of killing themselves too.

Suicide-by-starvation, particularly when the person is relatively robust, can be excruciating requiring aggressive pain control. She apparently received the help. Even though Rosemary wasn’t dying — unless being suicidal is a terminal illness — a hospice actually helped facilitate the suicide:


The next step after Rosemary decided she wanted to end her life was getting into a hospice program so she could receive aggressive pain medication and other support during the fast. Although she did not technically qualify for hospice since she didn’t have a terminal illness, an Iona staff member helped find one willing to accept her.

What a betrayal of everything hospice stands for. Indeed, suicide prevention is one of its crucial services.

The idea behind the whole VSED movement, of course, is to get us to assisted suicide or lethal injection:


Rosemary would have preferred to take a pill to quickly end her life, but only a handful of states have aid-in-dying laws, and Maryland is not one of them, though it came close to passing such a bill earlier this year.

And her daughter filmed it all and turned it into a documentary promoting suicide-by-starvation:


In the end, helping her mother end her life felt like a sacrament. And filming it felt empowering.

Because all that matters today is “how I feel.”

Everything about this event is sickening: the needless death of an elderly woman afraid of being a burden; reporter Bahrampour’s boosterism; the help Rosemary received from a hospice instead of being provided suicide prevention; and, the daughter’s participating in and filming the suicide as a means of furthering the suicide-by-starvation cause.