Without a special prosecutor’s damning report, White House tape, or stained blue dress, there is only 'I assumed,' 'I gathered,' 'I presumed' 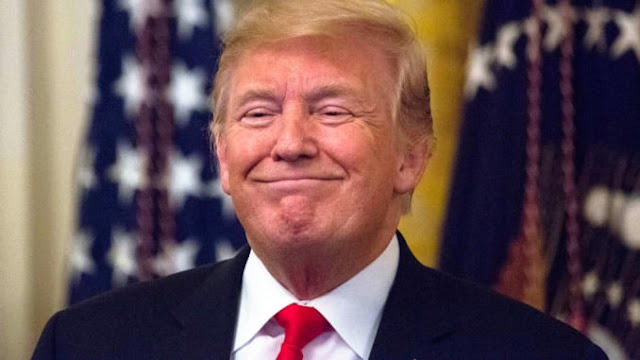 After three days of Adam Schiff’s impeachment inquiry, we are left with only the monotony. We know in advance all the questions, the subjective mood answers and bureaucratic mindset of the witnesses, the ensuing spin, and the congressional posturing.

In lieu of a Jaworski or Starr special prosecutor’s damning report, a White House tape, or even a blue dress, there is only “I assumed,” “I gathered,” “I presumed,” and “my personal belief is that” — without direct knowledge of impeachable wrongdoing or some smoking-gun email or document.

The next “star” witness, Ambassador Sondland, played perfectly the Janus consummate businessman — nodding first to Democrats, only then turning to grin at Republicans.

Sondland seemed at last to offer Schiff the chance to run out to announce to the captive press a proverbial MSNBC/CNN “bombshell.” But it was mostly a dud, with Sondland referencing a hoped-for Ukraine meeting in the White House (that never happened) for Ukrainian statements on corruption (that never happened), rather than a cutoff of U.S. military aid to Ukraine — at least according to Sondland’s “own presumption.” He even mentioned a “quid pro quo,” but that was focus grouped out to “bribery” days ago. (Sondland, like most major ambassadors, should be an expert in quid pro quos, given that it is a hallowed and bipartisan American tradition to sell off the most prestigious European ambassadorial slots to the most generous campaign donors.)

But then the cagey Sondland tacked back by reciting his phonecall question to the president, in which he asked the existential question of what Trump wanted from Ukraine — with Trump answering “Nothing!” Checkmate?

All day long, the grinning Sondland played Roadrunner to Adam Schiff’s Wiley E. Coyote, as he slowed and pulled up to offer up Trump — only to scoot away in a puff of dust as soon as Schiff tried to wrap his hands around him.

What we are left with so far are two inconvenient truths that won’t go away.

One, Trump sent lethal military aid to Ukraine and never fired any prosecutor; the Obama administration, led by Joe Biden, got a Ukrainian prosecutor fired and forbade sending lethal aid to the Ukrainians. Those facts eroded any argument that Trump endangered the Ukrainians in a way Obama had not.

In that regard, Trump did not smear Joe Biden; Joe Biden smeared Joe Biden when he bragged in front of the Council on Foreign Relations that, as tough-guy Joe, he quashed Ukrainian investigations by leveraging U.S. aid — with the sort of language that Schiff could only have hoped Trump had used:

Two, Lt. Col. Vindman and Adam Schiff, both on the record (the former under oath) have stated that they did not know the identity of the whistleblower — the font of the entire impeachment inquiry.

Yet when asked for the identity of the second person to whom Vindman (possibly illegally) had leaked a classified presidential call, Vindman refused to answer — with Schiff jumping in to state that neither was going to reveal the whistleblower’s identify.

That was a circumlocutional admission that they both probably had lied and of course knew who the whistleblower was — contradicting their prior testimonies.

Otherwise, neither would have worried about identifying this second anonymous recipient of Vindman’s leak, though Vindman had eagerly revealed the other leak receiver as George Kent.

All this is unsustainable.

If Trump is impeached, the Senate will call in Leaker X and he will be forced to testify under oath about many things, but especially about who prepped him on the presidential phone call, and what exactly his relationship was with Vindman, Schiff, and his staff. The resulting ball of collusion could be explosive.

A couple of other takeaways:

I doubt most Americans agree with the Democratic hysteria that arming the Ukrainians is a way of fighting the Russians (with over 6,500 deliverable nukes) over there rather than “here.”

The public heard two conflicting narratives: One, the noble Ukrainians really deserve military aid; and, two, Ukraine is really, really the most corrupt nation in the world. Lt. Col. Vindman managed to combine both narratives: He waxed eloquently about how his essential talking points reflected the righteous Ukraine cause, and he also bragged that he’d called the Ukrainians himself to set them straight, while being asked three times to be Ukrainian minister of defense!

The Democrats thought it was initially smart to draw out this melodrama in the hopes that a Christine Blasey Ford or even a rank Michael Avenatti clone might show up with new “walls are closing in” bombshells. But so far, the soap opera is sheer boredom, Schiff playing the insufferable windbag.

No wonder Trump slowly creeps back up in the polls, and impeachment — without either bipartisan or 51-percent public support — slowly does the opposite.

Day by day, we get closer to the primaries, more debates, the conventions, and the election — all out of sight, out of mind, as a greedy Schiff sucks out all the cable news oxygen.

The 35–40 new swing-state House members are losing precious days to be able to campaign on promised “bipartisanship” work on the “issues,” rather than chasing impeachment. They are already being targeted by the RNC.

While these mice scurry about chasing bits of stale cheese, hawks such as Horowitz and Durham circle above with possible referrals and indictments as the accusers may soon be the accused. At some point, if Trump nears the high 40s in the aggregate polls and impeachment falls to the low 40s, Pelosi will want to call it off — but how and when, she knows not.