Why we celebrate Veterans Day 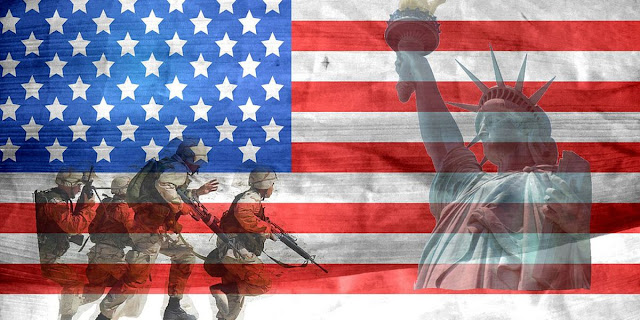 Monday is Veterans Day. We celebrate Veterans Day on the 11th day of the 11th month of the year, the day the guns fell silent in Europe following the armistice that ended World War I. For some, it’s a day off from school or work, but for many Americans, it means so much more.

Veterans Day is the chance to thank and honor those who have selflessly served their country. Support for veterans has been mixed through our nation’s history. But today, through the efforts of great Americans, respect and assistance for veterans has never been stronger.

In increasing numbers, veterans are returning that support by continuing their service to their communities and country.

The term “veteran” comes from the Latin, vetus meaning “old.” In America and elsewhere, we use the word to describe those who have served in the military. But you don’t need to be old to be considered a veteran.

A veteran is a person who has served honorably in the U.S. military. He or she can be a citizen who served for four years and leaves the service at the ripe old age of 24.

U.S. veterans today enjoy a much different relationship with the populace—their government and the American people—than veterans have over the span of our history.

In the Revolutionary War, America relied on volunteers, although some state militias used conscription. Pay was the responsibility of the states and was sporadic or nonexistent. Many soldiers were promised cattle when their term of service ended. There was no system for pensions, death benefits, or disability payments. This led to unrest and dissatisfaction among those who had served so faithfully.

In 1830, years after the end of the war, Sgt. Joseph Plumb Martin, a Connecticut soldier who served for seven years in the Continental Army, summed up these feelings when wondered in his memoirs why he and his fellow soldiers were “turned adrift like worn-out horses.”

The number of people who served in the Revolutionary War never exceeded 30,000, and they were relatively ineffective in mustering any public opinion to better support veterans.

This national disinterest toward veterans continued with relatively minor reforms until the Civil War, where heretofore unprecedented numbers of Americans were killed or wounded.

Sensing a growing national obligation toward veterans, President Abraham Lincoln explicitly mentioned supporting them after the war. Post-Civil War reforms resulted in the establishment of a better system of pensions and payments, but most still remained meager.

Fast forward to World War I. Large groups of veterans returned from overseas; some with major needs. But the largest change in America’s treatment of its veterans came after World War II, which was pivotal in improving the relationship between veterans and their government.

The G.I. Bill of Rights

Congress passed the G.I. Bill of Rights, which included easy access to education, mortgages, and provisions for health care. Many have said that the World War II G.I. bill, which is estimated to have cost around $70 billion dollars, was the best investment America ever made.

It’s one thing for the government to provide for veterans returning from war. The G.I. bill and today’s 9/11 G.I. bill are tangible signs of that support.

But there is another dynamic, and one that has a psychological impact on veterans and the country as a whole. This is the phenomenon we experienced with Vietnam and Korea—two unpopular wars with the American people.

Veterans from the Korean and Vietnam wars were largely ignored or worse by average Americans and they struggled immensely upon their discharge.

That was an unfortunate period in our nation’s history, because those men and women had served their country during a time of war and deserved to be treated with respect when they returned home.

Make no mistake, America’s support to its veterans and those serving, both tangible and intangible, is absolutely crucial to our ability to field a strong fighting force now and in the future. The value of this support manifests itself not just in successful recruiting, but in unmatched performance on the battlefield.

American service members go into combat today secure in the knowledge that if they are killed or wounded, they and their families will be taken care of. And so they willingly put their lives on the line.

Contrast that with service members of other nations where they must live with the knowledge that if they are hurt or killed, their families may become destitute. That weighs on them, and undoubtedly colors their battlefield behavior.

Veterans Return to the Community

They bring a myriad of talents and perspectives to that service; most have traveled to other parts of the world, have had the advantage of seeing other governments, witnessed oppression, poverty, and authoritarianism, and have received intensive training in leadership and organizational skills. They know both discipline and self-sacrifice.

Today’s veterans are among our most community-oriented citizens. Studies show that they volunteer an average of 160 hours annually, 25 percent more than nonveterans.

So while America certainly has obligations to its veterans, it seems as though veterans—without anyone telling or ordering them to do so—have gravitated toward continued service to their country, or community.

I’d like to mention in particular one type of community service that veterans are happy to provide to their country, and that’s the outreach and support to fellow veterans. Veterans have a special place in their heart for fellow vets and are also usually more effective in veteran support since they have walked in those boots. Nothing could be more important.

It is without a doubt important to honor to the nearly 21 million veterans who have served our country during Veterans Day, and with Thanksgiving just around the corner, it seems fitting that we continue to give our thanks to these members of society.

However, Veterans Day also should serve as a reminder to us that while appreciation and gratitude towards these individuals is always welcome, our veterans are often an underappreciated group in society. Our country values the fact that we have such a strong military, yet it often forgets that to have such a strong force, we must have strong individuals who comprise it.

Due to this, there are many issues that veterans face when reintegrating after their military service has ended, even many years later. While people are often aware that many veterans face mental health issues and stigma when returning from service, they are often only aware of how it is portrayed in the media rather than what it is actually like for veterans.

In truth, there are many more issues that face veterans in today’s society that we don’t typically think about. For example, approximately 10 percent of America’s homeless population is made up of veterans. This may not be an issue that many people recognize at first, but it is clearly a topic that affects many veterans. Instead of only thinking about and honoring our veterans one day a year, we should be trying to thank them every day by lessening the burden of returning from military service and helping to alleviate these issues.

On Veterans Day, we should strive to think not only about the service that our country’s veterans provided, but of the hardships they face even in today’s society. This group of people is integral to our functioning as a country, and they deserve to get more recognition than what is granted to them one day a year. We should continue to thank and help our veterans on Veterans Day but also aim to do so the other 364 days of the year.