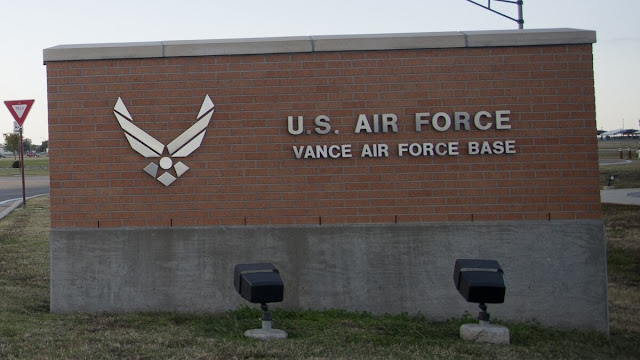 The base said in a release that the aircraft were on a routine training mission when the mishap occurred at about 9:10 a.m. There were two people aboard each aircraft, for a total of four.

Emergency response personnel from Vance are now on the scene to treat casualties and help with recovery efforts, the release said.

The names of the deceased are being withheld, pending notification of their next of kin, Vance said. A team will investigate the incident.

Vance is the home of the 71st Flying Training Wing, which flies the T-1A Jayhawk, the T-6A Texan II, and the T-38 to train hundreds of pilots each year.

This is a breaking news story. It will be updated as events unfold.