Trump's tweets damaging to his defense 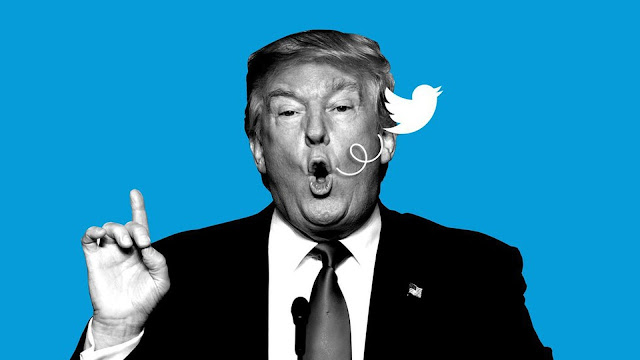 President Trump opened himself up to a new line of attack from Democrats by vigorously criticizing the record of a former ambassador to Ukraine who he ousted earlier this year after she faced a smear campaign from his personal lawyer.

Trump took to Twitter on Friday morning to claim that “everywhere” U.S. ambassador Marie Yovanovitch went “turned bad” and suggested she was to blame for the situation in Somalia, where she did her first tour. Yovanovitch was asked to react to the tweets during the hearing on Friday which was being carried live on air, and described them as “intimidating.”

The president’s tweet ran counter to a desire by Republicans to avoid attacking the character of career public servants like Yovanovitch, who boasts decades of service in the diplomatic corps in both Republican and Democratic administrations.

The attack also seemed likely to exacerbate Trump’s well-documented problems with winning over women in the suburbs, an issue that hurt GOP lawmakers running for office in the 2018 midterms.

Trump also scuttled efforts by his own White House to paint him as too busy working to watch the impeachment proceedings, which aides pulled off successfully on Wednesday when he participated in an afternoon of meetings with the Turkish president.

Democrats seized on Trump’s tweets as bolstering their case, describing it as evidence of witness tampering as the proceedings were still going on.

It all underscored Trump’s resistance to any consistent messaging strategy on impeachment.

White House aides often describe Trump as his own best messenger. But the president’s tweets and public statements have at times cut against arguments put forth by Republican allies or his own White House.

Trump and his allies on Friday said he was just speaking his mind and looking to counter what they view is an unfair and partisan process.

“I have the right to speak. I have freedom of speech just as other people do,” Trump told reporters after making remarks on a health care initiative, adding that he’s “allowed to speak up” if others are speaking about him.

Pressed on whether his words can be intimidating, Trump said no: “I don’t think so at all.”

White House press secretary Stephanie Grisham also pushed back, saying Trump was only expressing his “opinion” and laying into the process as an “illegitimate” and “partisan” effort.

“Saying ‘you suck’ isn’t intimidation by any stretch of the imagination,” said one former White House official.

Still, the remarks may do little to help the president’s defense as he faces an onslaught of open hearings in the impeachment inquiry over the next week.

Jonathan Turley, a George Washington University law professor, predicted that tweets wouldn’t amount to evidence of witness intimidation in a criminal proceeding. But he described the statements as “damaging” to Trump’s defense.

“The tweets are extremely unwise and damaging to the defense of President Trump. He continues to counterpunch his way into this impeachment,” Turley said. “However, I do not believe that these tweets would pass muster as an actual form of criminal witness tampering or intimidation due to the concern of courts to avoid criminalizing political speech.”

Michael Conway, who served as a House Judiciary counsel during the Richard Nixon impeachment inquiry, argued the evidence could be used to support an article of impeachment accusing Trump of obstructing justice.

“If you have the effect of getting a witness to be fearful of testifying in public — not just her — if he’s doing this to Amb. Yovanovitch, what about the next witness who is going to come forward?” Conaway said in an interview.

“I think it could easily fit under the umbrella term of obstructing the congressional investigation,” he said.

Democrats have already threatened to take efforts by White House officials to evade subpoenas for documents and testimony in the inquiry as evidence of obstruction. The White House has accused Democrats of an illegitimate inquiry that has not afforded Trump due process.

The White House communications and legal strategy has repeatedly been tested in the eight weeks since Democrats launched their inquiry.

Democrats are investigating whether Trump tried to use security aid to Ukraine and a White House meeting to pressure Ukraine for investigations that could politically benefit him — a charge the White House has vehemently denied.

But the president has largely avoided defending himself against specific shreds of evidence, dismissing witnesses as partisans and Democrats as bent on damaging him ahead of 2020.

At a Louisiana campaign rally on Thursday night, Trump ridiculed diplomat William Taylor and State Department official George Kent as “Never Trumpers” a day after they testified about how they grew concerned that the president’s policy in Ukraine was inappropriate.

Trump tweeted derisively about Yovanovitch as she sat in front of the Intelligence Committee describing the concerted effort by the president’s allies to remove her from her post earlier this year.

“Everywhere Marie Yovanovitch went turned bad. She started off in Somalia, how did that go? Then fast forward to Ukraine, where the new Ukrainian President spoke unfavorably about her in my second phone call with him. It is a U.S. President’s absolute right to appoint ambassadors.”

Asked what effect Trump’s tweet might have on future witnesses facing pressure from the White House not to testify, Yovanovitch described it as “very intimidating.”

“I mean, I can’t speak to what the president is trying to do but I think the effect is to be intimidating,” she said.

Democrats expressed exasperation at the president’s tweet and equated it to real-time witness tampering.

Even some Republicans expressed unease with the president’s attacks on Yovanovitch, and several GOP members of the Intelligence Committee made a point to praise the ambassador’s service before questioning her.

In an illustration of the difficulties in predicting how Trump will behave, the White House issued a statement Friday morning insisting the president would watch only opening statements and then would be “working hard.”

But Trump tweeted about the hearing during the day and admitted Friday afternoon that he had taken time to watch at least some of the proceedings, calling them “a disgrace.”

Trump’s restraint will continue to be tested as the public hearings ramp up next week. Eight more witnesses are scheduled to testify before the Intelligence Committee in televised proceedings, including at least one — Lt. Col. Alexander Vindman — who Trump has previously derided as a “Never Trumper.”

Asked earlier this month whether he regretted labeling Vindman a “Never Trumper,” Trump replied: “Well, you’ll be seeing very soon what comes out.  And then you can ask the question in a different way.”