Trump makes his mark on courts 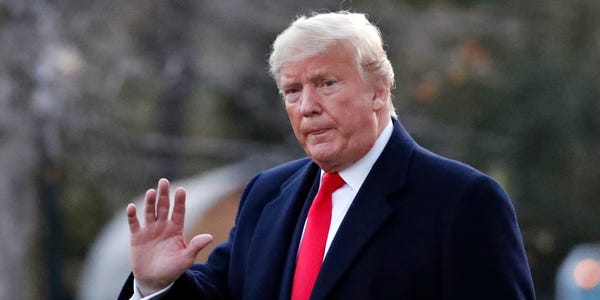 President Trump and Senate Republicans have had extraordinary success pushing judicial nominees through the confirmation process at a rapid clip, giving the GOP reason to celebrate even as the White House is embroiled in an impeachment inquiry that’s dominating Washington.

Amid the impeachment hearings, the Trump administration has flipped the majorities of two appeals courts to Republican-appointed judges, meaning GOP appointees now outnumber Democrats on most of the nation's circuit courts. That success has prompted conservative leaders to take victory laps in recent weeks.

Confirming ideologically conservative judges has been a top priority for Senate Republicans. Trump’s pace of filling vacancies on the top appellate courts, with the help of the GOP-controlled Senate, has eclipsed the numbers put up by every other president in recent decades.

And since federal judges have lifetime appointments, the volume of Trump’s nominees means more judges are poised to carry on his legacy for decades after he leaves office.

“From his perspective, and the perspective of the right, it's the most successful aspect of this administration,” said Daniel Epps, a legal professor at the Washington University School of Law.

“And they've been very aggressive about identifying candidates who are young and who are very ideologically conservative,” Epps added. “Those two characteristics are what the people doing the selecting have really emphasized.”

In addition to getting two staunch conservatives onto the Supreme Court, Trump’s biggest judicial impact may be moving federal appeals courts further to the right. In recent weeks, his nominees have flipped majority control of the 11th and 2nd circuit courts to GOP-appointed judges.

More than half of the nation’s 12 circuit courts now have a majority of Republican-appointed judges.

The 48 circuit court judges confirmed during Trump’s presidency far outpaces those of his recent predecessors at comparable points in their presidencies: 23 for Barack Obama, 28 for George W. Bush, 27 for Bill Clinton and 29 for George H.W. Bush, according to data compiled by Russell Wheeler, a visiting fellow at the Brookings Institution’s Governance Studies program.

The only recent president to have come close to Trump’s record is Jimmy Carter, who had 45 appellate nominees confirmed by Thanksgiving of his third year in office.

Wheeler, however, said Trump’s effect on the judiciary has not been overwhelming.

“I'd say his impact has been substantial but not revolutionary,” Wheeler said. “Despite those obvious changes [in circuit court majorities], his appointees have mainly replaced other Republican appointees.”

“I'm a little reluctant to say how much he's changed or will change jurisprudence,” Wheeler added. “The law has a way of cabining ideology. He's turned over the appellate courts to a bunch of conservatives, but we'll just have to wait and see how that turns out.”

The success of confirming judges can largely be attributed to the Republican Senate, which has taken full advantage of the Democrats’ decision in 2013 to eliminate the filibuster for judicial nominees when they were in the majority.

Epps said the GOP has long been motivated to install more judges in federal courts and use the judiciary to help advance the party’s agenda.

“Republican administrations in particular have been better about trying to identify judicial nominees who are likely to be influential,” Epps said. “They really prioritize finding really smart, effective writers to put on the circuit courts who are going to write opinions that other judges are going to find persuasive and be able to really make a stamp on the law.”

Wheeler predicted that Trump’s success could be setting the stage for political clashes if Democrats win back the White House and Senate.

“It's hard to ignore that Trump was elected even though he lost the popular vote rather substantially, and the Senate votes on a lot of his nominees have been pretty close,” he said. “We may be heading into a period in which the Supreme Court and the rest of the judiciary are dominated by ideological conservatives put there by a minority president could be overruling policies enacted by progressive majorities.”

But Senate Majority Leader Mitch McConnell (R-Ky.), who is the force behind Trump’s judicial achievements, sees the GOP Senate’s role as carrying out the will of the voters and has promised to steamroll any Democratic efforts to block the president’s nominees.

“As my colleagues know, I have no qualms about spending floor time on the personnel business,” McConnell said in a floor speech this month. “Our Democratic colleagues have made it necessary by subjecting this president’s nominees to unprecedented systematic delays and obstruction. And so the majority has been willing to do things the hard way. We’re giving the American people the government they voted for as chosen by the president they elected.”