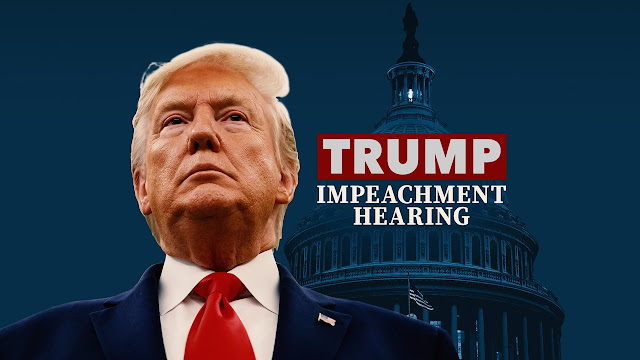 House Democrats have set up the stage for a jam-packed slate of witnesses in the second week of public hearings of the impeachment inquiry.

Over the course of three days, nine witnesses will tell their sides of the story as the House examines President Trump's interactions with Ukraine and his request that the country investigate former Vice President Joe Biden and his son, Hunter Biden, as well as 2016 election interference.

Here’s a guide to this week’s hearings.

The hearings will kick off Tuesday morning with Williams, a foreign service officer assigned to Vice President Pence’s office, and Vindman, the director of European Affairs at the National Security Council.

Both listened in on the July 25 call between Trump and Ukrainian President Volodymyr Zelensky from the White House Situation Room.

Vindman testified behind closed doors last month that “there was no doubt” that Trump was asking Zelensky for the investigations as a “deliverable” condition for a White House meeting sought by the Ukrainian leader.

The military officer was so alarmed by what he heard on the call that he reported his concerns to National Security Council legal advisor John Eisenberg.

Vindman also said that the official summary of the July 25 call did not include Zelensky specifically referencing Burisma, the energy company where Joe Biden’s son, Hunter, served on the board.

Trump had wanted Ukraine to look into whether Biden sought to oust a prosecutor who was looking into Burisma, an allegation the former vice president has strongly refuted and that has not been backed by evidence.

Williams, meanwhile, testified in a closed-door deposition that the discussion of the investigations on the call struck her as “unusual” and that  it “shed some light on possible other motivations behind a security assistance hold.”

The Trump administration had abruptly withheld military aid to Ukraine earlier this year, sparking strong bipartisan criticism, and Democrats are investigating whether it was held up to pressure Ukraine to launch the sought-after investigations.

Volker, the former special envoy to Ukraine, and Morrison, the top Russia adviser on the White House National Security Council, will take the stand on Tuesday afternoon.

Volker was a central figure in the discussions with Ukrainian officials, as well as those held by Trump’s personal lawyer, Rudy Giuliani, about opening the investigations.

At his closed-door testimony, Volker said the push for Ukraine to become “sucked into a domestic political debate in the U.S” is “extremely unfortunate for our policy with Ukraine.”

Volker also provided text messages to the House committees showing communications with a top aide to Zelensky as Giuliani and others pushed the Ukrainian government to publicly announce the investigations, including into unfounded allegations that Ukraine, and not Russia, was behind 2016 election interference.

Amid reluctance from the Ukrainian government about making specific references to Burisma and 2016 election interference, Volker testified that he “agreed with the Ukrainians they shouldn’t do it, and in fact told them just drop it, wait till you have your own prosecutor general in place.”

After listening to the call on July 25 between Trump and Zelensky, Morrison urged National Security Council lawyers to restrict access to the call record because it would be “damaging” if its contents leaked.

Morrison also testified in a closed-door deposition that he was “not comfortable with any idea that President Zelensky should allow himself to be involved in our politics.”

The most-anticipated testimony will come in the morning from the ambassador to the European Union, who has a lot of explaining to do.

Sondland this month had to revise his previous closed-door testimony to say that he "presumed" that held-up military aid was conditioned upon the Ukrainian government announcing the investigations pursued by Trump.

Sondland originally testified behind closed doors that he did not know precisely why the military aid to Ukraine was held up, and said that Trump denied a quid pro quo to him in a September phone call.

Witnesses have also described Sondland as a vital part of the efforts to get Ukraine to launch the investigations.

Vindman testified that Sondland told him that linking a White House meeting to Ukraine opening the investigations “had been coordinated” with acting White House chief of staff Mick Mulvaney.

Vindman also said that Sondland told Ukrainian officials that they “would have to deliver an investigation into the Bidens.”

In addition, Morrison testified that Sondland “believed and at least related to me that the president was giving him instruction.”

And a Ukrainian embassy staffer, David Holmes, testified that he overheard Trump asking Sondland whether Zelensky would open the investigations on a phone call in a Kyiv restaurant -- a conversation he did not share with lawmakers in closed-door testimony.

Unlike the lineup of career officials to take the stand before him, Sondland -- a former hotelier who donated $1 million to Trump’s inaugural committee -- will be the first political appointee to testify.

Cooper, the deputy assistant secretary of Defense for Russian, Ukrainian, and Eurasian Affairs, and David Hale, the under secretary of State for Political Affairs, will testify on Wednesday afternoon after Sondland’s appearance before the committee.

Cooper testified in her closed-door deposition that the Defense Department had certified in May 2019 that Ukraine met the anti-corruption standards to receive the security aid. She told lawmakers that the Pentagon "did not get clarification" as to why the aid was suddenly withheld in July.

But at a meeting on July 23, the Office of Management and Budget informed agencies that Mulvaney had conveyed that Trump had "concerns about Ukraine."


“So I walked away from the meeting on the 23rd thinking okay, we know that this is, you know, a larger issue,” Cooper testified.

Cooper also said that, based on her conversations with Volker and acting ambassador to Ukraine William Taylor, Ukrainian officials knew the military aid had been withheld before it was made public.

Hale testified that the State Department opted not to forcefully defend Yovanovitch against the attacks from Trump allies out of fear that it would “just further fuel the story and there would be more back and forth.”

“I think the judgment was that it would be better for everyone, including the Ambassador, to try to just move past this,” Hale said, according to a transcript of his closed-door testimony released Monday night.

The former National Security Council senior director for Europe and Russia is expected to provide insight into then-National Security Advisor John Bolton’s actions as Giuliani pushed for the Ukrainian government to open investigations into the Bidens and the 2016 election.

Bolton has so far refused to testify before House investigators and has asked the courts to determine whether Congress can require him to appear despite White House objections.

According to Hill's closed-door testimony, Bolton warned that “Rudy Giuliani is a hand grenade that is going to blow everybody up.”

She also said that Bolton “immediately stiffened and ended the meeting” with Ukrainian officials after Sondland told them that a White House meeting was conditioned upon opening the investigations.

Bolton later told Hill to “go and tell Eisenberg that I am not part of whatever drug deal Sondland and Mulvaney are cooking up on this.”

Hill further testified that multiple former officials, including then-National Security Advisor H.R. McMaster and then-Homeland Security Advisor Tom Bossert, “spent a lot of time” trying to explain to Trump that the allegations about Ukraine engaging in 2016 election meddling were false.

Holmes, an embassy staffer in Kyiv, will testify at the same hearing as Hill on Thursday morning. He testified behind closed doors late last week that he overheard Sondland telling Trump over the phone at a restaurant that Zelensky "loves your ass."

"I then heard President Trump ask, 'So, he's gonna do the investigation?' Ambassador Sondland replied that 'he's gonna do it,' adding that President Zelensky will do 'anything you ask him to,'" Holmes testified.

Holmes said that the call was not on speakerphone, but the volume was so audible that Trump's voice was "very loud and recognizable."

Holmes's testimony linked Trump closer to the pressure on Ukraine to investigate the Bidens and the 2016 election interference.

The embassy staffer had recounted the Trump-Sondland conversation to Taylor, who disclosed it to House lawmakers during his public testimony last week, leading Democrats to add Holmes to its slate of witnesses.