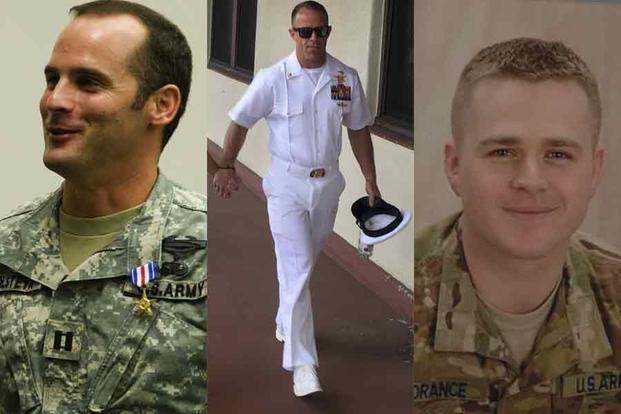 The White House said in a statement issued late Friday that Trump had signed executive grants of clemency for both Army Maj. Mathew Golsteyn and Army Lt. Clint Lorance.

Trump also signed an order restoring the rank of Navy SEAL Edward Gallagher to that which he held before he was tried and found not guilty of nearly all charges in the death of an ISIS prisoner in Iraq.

Reports had circulated prior to Friday’s announcement that Trump was considering intervening in the cases despite objections from the Pentagon.

“The President, as Commander-in-Chief, is ultimately responsible for ensuring that the law is enforced and when appropriate, that mercy is granted,” White House press secretary Stephanie Grisham said in a statement. “For more than two hundred years, presidents have used their authority to offer second chances to deserving individuals, including those in uniform who have served our country.”

“These actions are in keeping with this long history. As the President has stated, ‘when our soldiers have to fight for our country, I want to give them the confidence to fight,’” she continued.

Golsteyn, a former Green Beret, was charged with murder in the death of an Afghan man during a deployment in the war-torn country in 2010. Golsteyn had pleaded not guilty in the case.

Lorance was found guilty in 2013 of murder in the second degree for ordering his soldiers to fire on three unarmed Afghan men on a motorcycle. He has served six years of the 19-year prison sentence he received for the charge.