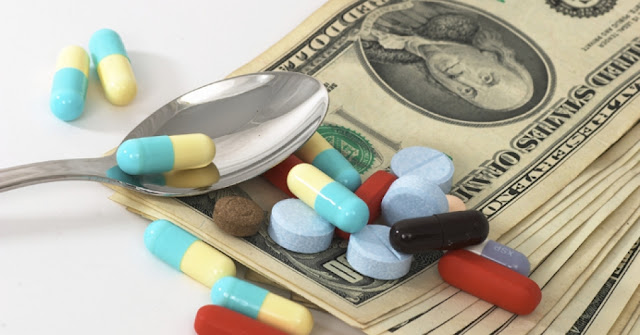 President Trump is backing off his 2016 campaign pledge to negotiate drug prices for Medicare with pharmaceutical companies, drawing fire from Democrats after months of talks on the issue with Speaker Nancy Pelosi (D-Calif.).

During his campaign, Trump famously broke with Republican orthodoxy with his support for having the government negotiate lower drug prices.

“When it comes time to negotiate the cost of drugs, we are going to negotiate like crazy,” Trump said in New Hampshire in early 2016.

Pelosi’s staff spent months over the course of this year trying to get White House support for her measure to allow the government to negotiate prices for up to 250 drugs per year, with tough financial penalties for companies that refused to come to the table.

But after months of holding his fire, Trump is now publicly bashing Pelosi’s bill. And while Trump still talks about the need to lower drug prices in general, he has not proposed an alternative drug price negotiation plan of his own.

“Pelosi and her Do Nothing Democrats drug pricing bill doesn’t do the trick. FEWER cures! FEWER treatments!” Trump tweeted on Friday, echoing the traditional Republican argument that negotiation would hinder development of new drugs. “Time for the Democrats to get serious about bipartisan solutions to lowering prescription drug prices for families.”

Trump’s tweets came after he met with Rep. Greg Walden (R-Ore.), a leading opponent of Pelosi’s bill, on Thursday.

But Democrats say Trump is breaking his promise.

“President Trump campaigned on that promise to negotiate Medicare prices and the House is going to pass a bill that does that, and he will not support it,” said Topher Spiro, vice president for health policy at the liberal Center for American Progress.

White House officials argue that Trump is still committed to the overall goal of lowering drug prices. He just wants to focus on a bill that actually has a chance of passing the Republican-controlled Senate and being signed into law, they added.

Joe Grogan, the White House staffer who led talks with Pelosi’s office on drug pricing, told reporters in early November that her bill has “no chance of bipartisan support” and is “hyperpartisan” and “unworkable.”

The White House is instead supporting a somewhat more modest bipartisan bill in the Senate from Sens. Chuck Grassley (R-Iowa) and Ron Wyden (D-Ore.). That bill does not include negotiation, though. Instead it would cap out-of-pocket drug costs for seniors and limit drug price increases in Medicare to the rate of inflation.

Democrats think highlighting Trump’s lack of follow-through on Medicare negotiating drug prices will be a strong line of attack in the 2020 campaign. The high cost of prescription drugs became a powerful campaign issue in 2018 for Democrats, who retook control of the House.

“He ran as not a Republican [on drug prices] in 2016,” said Jesse Ferguson, a Democratic strategist who worked on Hillary Clinton’s campaign that year. “In 2020, he's gonna be tagged with the scarlet R when it comes to the price of prescription drugs.”

Democrats argue that if Trump had thrown his full support behind Pelosi’s bill, it would have had at least a chance of getting through the Senate.

"We do hope to have White House buy-in because that seems to be the route to getting any votes in the United States Senate," Pelosi said in September when she rolled out her bill.

“House Democrats are taking the bold action to negotiate lower drug prices that Candidate Trump always said was necessary, and working people won’t like it if President Trump sells them out on one of the most important kitchen table issues in America right now,” Pelosi spokesman Henry Connelly said Friday after Trump’s critical tweets.

“Congressional Republicans clearly take their cues from President Trump and if he put his weight behind the Medicare negotiation bill, I think that would put McConnell in a tough place,” Spiro said.

Wendell Primus, the Pelosi health care staffer who led talks with the White House, said he tried to argue to administration officials that Trump’s 2016 promises meant that the White House should support the Speaker’s bill.

“I've made this argument to the White House many times, that this bill completely matches Trump's promises,” Primus said in remarks at the University of Wisconsin this month.

But Grogan, the White House staffer, said he is eager to get a deal soon and faulted Pelosi’s office for taking too long to get their bill ready.

Grogan also argued that Pelosi’s bill is not really a “negotiation” because the bill’s penalty for a drug company refusing to negotiate was so severe.

The bill would impose a tax of as high as 95 percent of a drug’s revenue, making it an “an offer that no company can refuse,” Grogan said.

Supporters point to a Congressional Budget Office analysis that found there would still be some negotiation within a price range set by the bill.

The pharmaceutical industry is a powerful force in Washington, making any action difficult. Even the more modest Grassley-Wyden bill faces a tough path, given that many Republican senators oppose one of its key provisions, which would limit Medicare drug price increases to the rate of inflation.

Administration officials like Grogan and Secretary of Health and Human Services Alex Azar have been trying to build support among Senate Republicans for that bill, but Trump himself, who has far more sway with GOP senators, has largely stayed out of the push.

On Friday, Trump pointed to work from House Republicans on drug prices, but did not specify what legislation he was referring to.

Republicans had been concerned that Pelosi and Trump might reach a deal.

“I have been worried about the potential for the president to cut a deal with the Speaker,” said Chris Holt, director of health care policy at the right-leaning American Action Forum. He said there are better ways to reduce drug prices than Medicare negotiating drug prices, like a bipartisan proposal to restructure the incentives in Medicare’s prescription drug program.

“The president is focused on trying to reduce drug prices,” Holt said. “Medicare direct negotiation is one way to do that. There’s clearly not a lot of support from Republicans for that.”