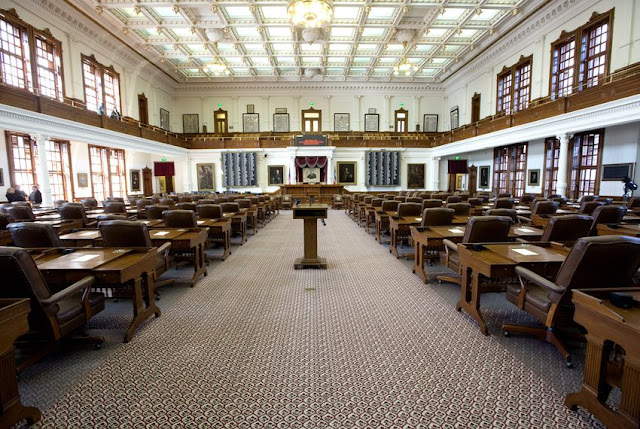 Dennis Bonnen’s rise to speaker of the Texas House marked a change in the winds at the Texas Capitol.

It’s not so much that his politics were different from his predecessor’s. His relationships with the governor and lieutenant governor were better, though. And the timing was in his favor: Texas voters wanted lawmakers to tackle big issues after a 2017 legislative session that will be remembered, above all else, for a fight over gender identity — presented as a debate over who gets to use which public restrooms.

Bonnen’s on his way out, unexpectedly. That empowers, or re-empowers, a Senate that is markedly more conservative than the House, and more willing to legislate social standards. It gives hope to those conservative activists who regarded the 2019 meat-and-potatoes session, with its focus on schools and property taxes, as an exercise in undesirable bipartisan compromise.

And it puts the members of the Texas House back in a jam they thought they had escaped, at least for a while: choosing a new speaker to lead them in their own legislative work and in their regular skirmishes with the Senate, the governor, and all those activists and voters.

Maybe the House will stay the course, but this is what it looks like when a change of course takes place. A new leader, a new direction, a new problem to solve — all of that could lead either to another speaker in the Bonnen mode, or something else.

Bonnen, a year ago, was described by members as a hothead. These people know each other like siblings, and a small group of his colleagues once gave him the nickname “Sudden” for his rash decisions. But they also saw him as a force to be reckoned with in those regular skirmishes, as a talented legislative mechanic and as a Republican more acceptable to the party’s conservative wing than outgoing Speaker Joe Straus.

They also trusted him — the first requirement for a speaker. But after the legislative session, a political activist recorded a meeting in which Bonnen and one of his lieutenants disparaged several members and offered up a list of Republican colleagues they suggested could be replaced with more conservative Republicans.

One particular piece of legislation — which would have barred cities and counties from hiring lobbyists with tax revenues — apparently guided them in making that list. Republicans who voted against the ban — and who they thought were unlikely to change their minds — were targeted for replacement. That was part of a larger conversation about the leadership’s desire to cut the power of cities and counties.

The whole thing reeks of inside baseball — something of concern within the Capitol and the 12 blocks that surround it. (Not so much outside: A recent University of Texas/Texas Tribune Poll found that 68% of Texas voters have heard nothing or next to nothing about l’affaire Bonnen.) But inside, it presented two problems that ultimately forced Bonnen to say he won’t seek another term.

First, if the person who’s supposed to provide cover for members is plotting against colleagues from his own party, the trust part of this arrangement is blown.

Second, having a public recording of legislative leaders railing about local city and county officials makes for tough politics. Legislators come from all over the state. They go home when they’re done in Austin. They have to deal with those local officials. And those local government offices — county commissions, city councils and school boards — are the farm teams of state and federal politics.

State legislators are always watching for potential colleagues and potential rivals in the local ranks. And the words from Bonnen and state Rep. Dustin Burrows, R-Lubbock, are the kind that can stir competitive passions.

All of that leads to the question of what members want in a new speaker of the House. It’ll be someone who can do the things they expected from Bonnen: offer protection from forces inside and outside the Capitol, show an ability to pull the House together on legislation, and minimize political pressure on lawmakers. Someone they can trust.

It might even be someone with new ideas about the Texas House. Times like these — entering a fresh election cycle with open leadership positions — are when Legislatures are most likely to change direction.