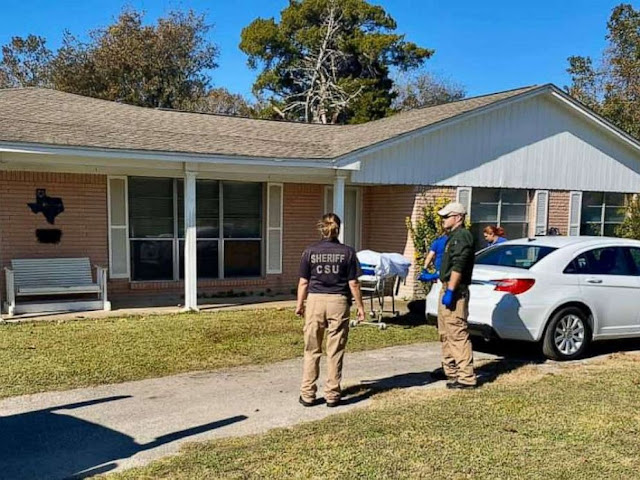 A woman found dead outside the home of an elderly couple she was caring for was killed by wild hogs, according to authorities.

Christine Rollins was found on Sunday morning outside a home in Anahuac, Texas, east of Houston, with "multiple injuries to her body."

"My detectives and the criminal investigation team felt like that's what it was, but it was not something that we could even come close to announcing until we had the cause of death from the medical examiner's office," Hawthorne said at a press conference Monday.

The 59-year-old woman was a home health care worker and was caring for the couple that lived at the home where she was found dead, police said. When Rollins did not show up to their home, the 84-year-old homeowner went outside and found the body.

Hawthorne had said on Sunday that foul play was not suspected in the woman's death and they were investigating whether she was killed in an animal attack or if the attack had caused her to fall and hit her head.

He said there were signs of feral pigs on the property. The sheriff called the animals an increasing problem in the area.

A neighbor told Houston ABC station that the hogs were being hunted.

"We've got individuals that hunt hogs with dogs," neighbor David Bennett told KTRK. "They put Kevlar on these dogs for a purpose because those hogs are vicious. And when they feel threatened, they're coming after you."

Rollins had worked at the home for about a year and a half, according to KTRK.

Feral pigs are common across most of Texas with a population of about 1.5 million, according to the Texas Department of Parks and Wildlife. The animals can grow up to a few hundred pounds and while the Department of Parks and Wildlife said they are not usually dangerous, they do possess "razor sharp tusks" that "combined with their lightning speed can cause serious injury."