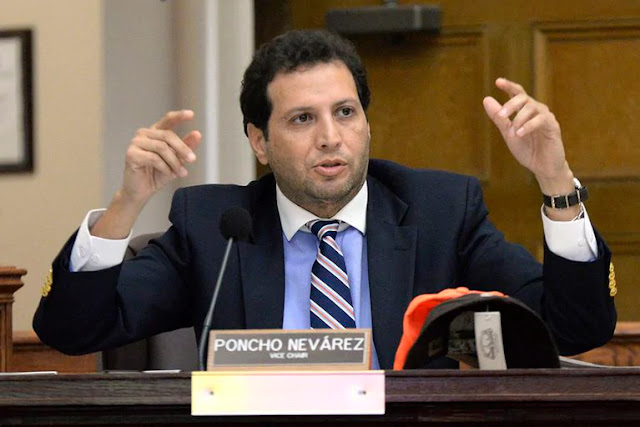 A Texas state lawmaker has reportedly been charged with a third-degree felony after he dropped a cocaine-filled envelope in an airport.

Earlier this year, Democratic state Rep. Poncho Nevárez, 47, was leaving an Austin airport when he dropped a “white paper object,” marked with his official letterhead, as he climbed into the front passenger seat of his chief of staff’s car, The Washington Post reports.

Less than two hours later, state transportation officials found the envelope, and when they opened it up, they found four “small clear baggies” filled with a “white powdery substance.”

A special investigator later determined the substance was between one and four grams of cocaine, the Post reported, citing court documents.

“Individuals involved in the possession of narcotics would like to remain discreet and typically conceal the narcotics as best they can,” Otto Cabrera, a special agent for the Texas Department of Public Safety, wrote in an Oct. 25 search warrant affidavit. “Therefore, it is reasonable to believe that [Nevárez], using his own letterhead envelope, licked and sealed the envelope that contained the cocaine in order to keep it concealed.”

Using surveillance video, police were able to trace the envelope back to Nevárez, who faces up to 10 years in prison if convicted.

“I do not have anyone to blame but myself,” he told the Texas Tribune on Thursday in a statement. “I accept this because it is true and it will help me get better.”

The state lawmaker, who was first elected in 2012, announced on Thursday that he would not seek reelection. He currently represents the largest state House district in the country, the Post notes.

Nevárez also made headlines in 2017, when a GOP Texas state lawmaker said he would “shoot” Nevárez “in self defense” after the Democratic official allegedly threatened him.